When I last wrote on my blog, I talked about how the election of Donald Trump helped me end my imposter syndrome. Since then, I’ve continued to feel way more confident about who I am as a writer and continued getting back to work on the second book in the Toonopolis Files series. Of course, confidence and motivation are only two of the parts of being an active writer.

Apparently one also needs to find the time to write in addition to the confidence and motivation. As a stay-at-home dad of three boys, this is easier said than done for me. So I’ve worked at finding ways to write in smaller bursts of time. And writing in the margins of life. For example: 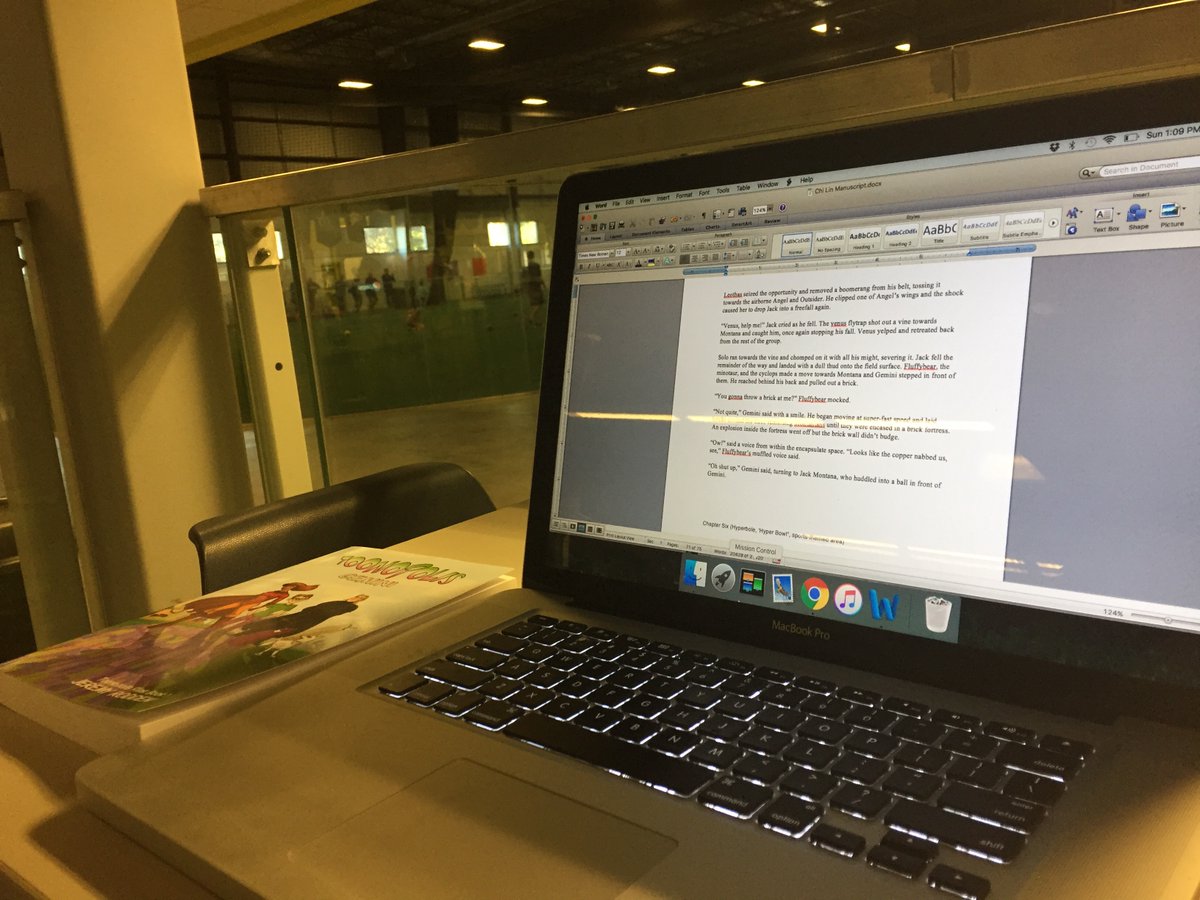 My 6yo was at a birthday party a few weeks ago and instead of sitting around playing on my phone, scrolling through Facebook, and filling out a quiz to figure out which flavor potato chip I am, I brought my laptop with me. Amazingly, I seem to have forgotten over the years that my laptop was portable and could come with me places.

I got to multitask watching my kid play at an indoor soccer field and got a big chunk of writing done at the same time. This made me realize that I was capable of writing in smaller bits in a way that I didn’t do when writing the first draft of Toonopolis: Gemini. 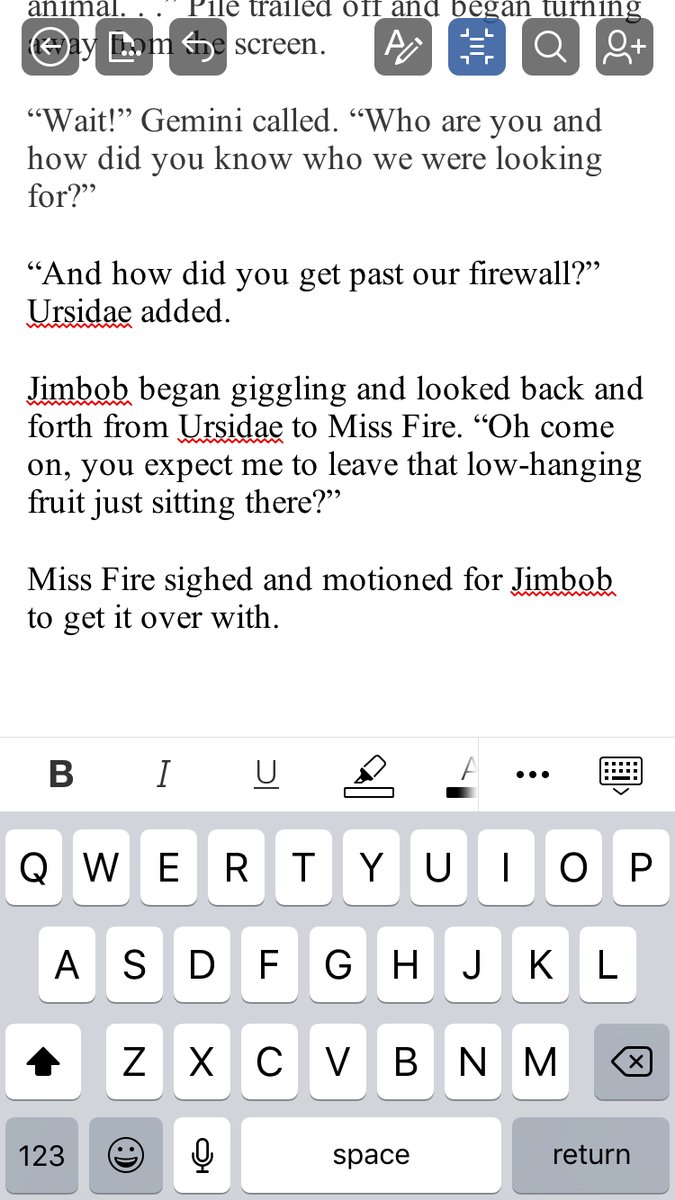 Back then, I only had two children and my youngest was a newborn and didn’t really do anything but sleep and eat all day. I was able to take long stretches of time to write and could dedicate a lot more time to it. But now I rarely have large stretches of time to even go to the bathroom by myself, let alone have hours of consecutive time for writing. So if I am going to continue to call myself a writer, I have to find new ways to write. Luckily, technology is awesome and I have access to things like Dropbox and Word on my smartphone. And it’s helped me do things like this. —>

I may have only gotten 50 words or so down while I was sitting waiting for to start a field trip that I was chaperoning with a group of first graders, it was that little bit of progress that keeps me going each day.

I have been putting together little bits here and there to continue working on the first draft of Toonopolis: Chi Lin and it’s led me to already hitting about 30,000 words on it. Considering I just finished chapter eight today and I have eighteen chapters mapped out, this puts Chi Lin on pace to be longer than Gemini was (of course, editing can take a serious chunk out of a first draft so that remains to be seen).

But I have to say, finding ways to write little bits at a time and changing the way I operate has led me to be even more confident that this is something I can do, even with the time constraints of being a stay at home dad of three boys that eat up the majority of my day. Sometimes it’s on my dekstop while I’m in between games of Overwatch with my eldest son. Sometimes it’s on my phone while I’m parked and waiting for a kid to finish a program after school. And sometimes, like earlier today, I find a way to write nearly 4,000 words while sitting in the passenger seat of my own car in a parking lot while waiting for my kid to finish at a Laser Tag birthday party: 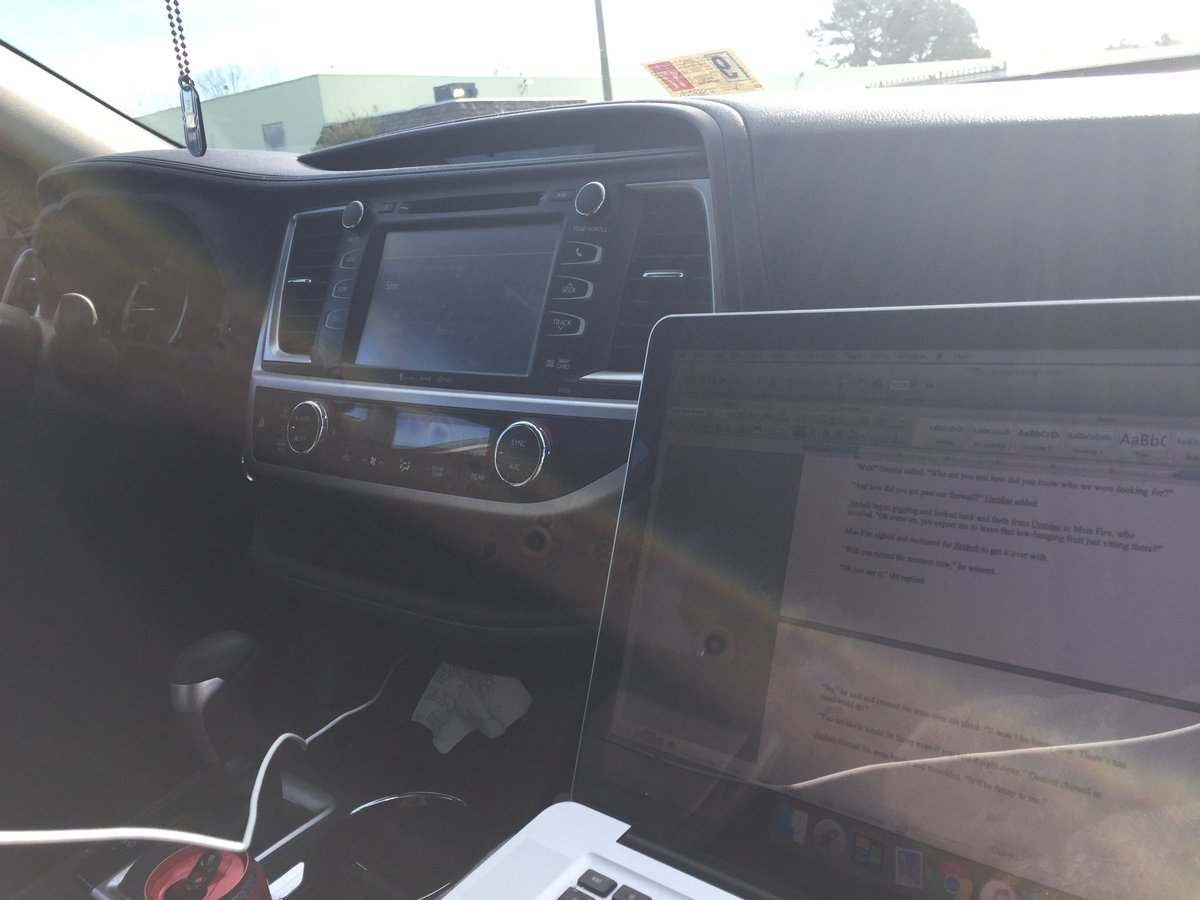 Writers gotta write, right? Even if it is in the margins of life. What ways have you found to get writing done in your busy lives?