So earlier today my 11yo son and I were in the car together on a long road trip for the holidays. The following conversation in transcribed to the best of my ability:

Me: Well, we need to figure out how they could even reproduce to begin with.

11yo: True, if they tried to touch he would just turn her to gold right away.

Me: I suppose they could use artificial insemination maybe. 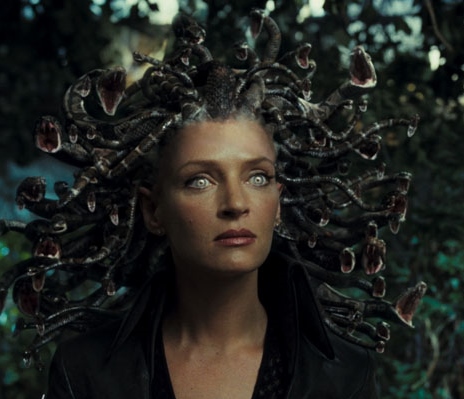 11yo: Wait, but if he touches himself would he turn to gold?

Me: I’m not sure. I think his own body is immune to the ability in the same way a superhero who can produce fire is usually fireproof as well.

11yo: Okay. Well, maybe they just remove the sperm with a needle.

Me: Okay. I suppose that would work. Now the next question is whether or not they could even reproduce. King Midas is human and Medusa is a Gorgon.

11yo: But Gorgons are mostly human, right?

Me: I suppose so. Especially in more modern applications of the Medusa mythology, she’s basically just a human with snake hair.

11yo: Okay, so then say they can reproduce so now what?

Me: Well, next we have to explore how they have their powers. Medusa’s power is natural and she just has it. So clearly it’s part of her DNA. Midas’s power was granted to him as a wish. Would his DNA be changed?

11yo: Well, it could be like a mutant from Xavier’s school or the kids from Miss Peregrine’s Home. He’d be a mutant, right?

Me: Maybe. How does his power work anyway?

11yo: He has extra kinetic energy in his body that alters the atoms of whatever he touches into gold atoms. 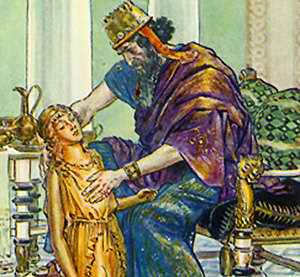 Me: That makes sense. But if it’s anything he touches, wouldn’t that include liquids and gases?

11yo: Well it turned water to gold in the myth. Why not gas? Shouldn’t he just immediately suffocate from the gas around him turning to gold?

Me: I guess the myth didn’t consider that. I’d say he probably would suffocate.

11yo: Unless his power just doesn’t work on gases. Maybe the energy isn’t enough to affect gas molecules.

Me: Okay. That works. So getting back on track. If he has been mutated by his wish to now have this power, would the DNA in his sperm change to potentially pass along that power to any offspring?

11yo: Sperm is made constantly, so if his DNA changes so would the DNA in any new sperm. It’s not like a woman’s eggs that are already there, right?

Me: Also true. Okay. So his DNA is changed and so that change would be present in any new sperm. I guess the next question would be whether or not the magical trait would be dominant or recessive. And what chromosome the change is on.

Me: Okay. Let’s assume dominant I guess. The only way to know would be to continue to breed them and see what special powers any children have. Maybe we’d need multiple generations to really know.

11yo: So what would happen to the child? Would they have a combination of the powers?

Me: I guess we don’t know. Maybe a combination, maybe one or either. I really have no idea.

11yo: Did we just spend an hour talking about this and not get an answer?

Me: I think so. But it was a fun conversation!

Me: Of course we are. But I wouldn’t have it any other way.

Anyone else have any thoughts to add to the conversation? 🙂