Wow. What a Ride!

Welcome to my stop on the Blog Tour de Troops from the Indie Book Collective!  The stop before mine is Laurel Osterkamp‘s Blog.  The next stop (which will be live first thing tomorrow morning) is Carolyn McCray‘s.  Hang here and we’ll have some fun conversation!  If you forget how this works, my last blog post explains.  Comment on our blogs.  Get a free eBook for you and a troop.  Easy!

Before we get to the conversation, however, one of the whole objectives of this Memorial Day Weekend is to express gratitude to our men and women in the military for everything they do for us.  I feel my gratitude is best expressed as an excerpt from a Mike Birbiglia stand-up routine.

I live in Chesapeake, VA, very near many military bases and I see these men and women every day.  Often, I just thank them for what they do.  I consider myself a pacifist and am anti-war but that does not at all diminish my respect for the military and the brave soldiers who are willing to put themselves in harm’s way to protect the rest of us.  I think that was part of what Mike Birbiglia was getting at with his social commentary in that bit and I agree with him.  Especially about how bad of a troop I would be!

On a lighter note, we’re going to start a conversation now to get some free eBooks into your hands and the hands of some military folks!  I write fantasy and, much like any book, it is all about escaping into the story.  My stories happen to take place in a cartoon world but one can easily escape into any book, be it historical, paranormal, and even non-fiction.  That is the beauty of books.  One can also escape into cartoons and that is where the crux of my conversation lies.  All the while, remember, we have the freedoms of such escapism in our society only because of the troops we are trying to honor this weekend.

What is your favorite cartoon episode of all time and why? 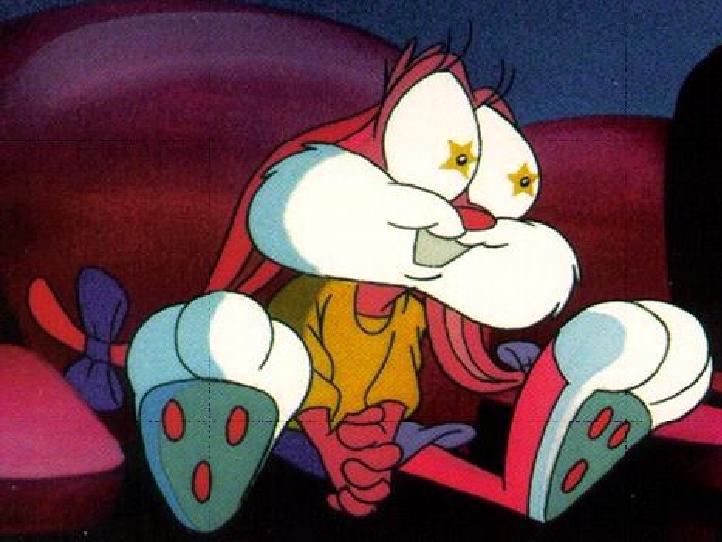 This episode always resonated with me.  One of the things that Tiny Toons did so well was that it explored the realm of cartoons and broke the fourth wall so frequently that it created a new wall to break . . . then broke that one.  Episodes like this one, though, explored very serious subject matter.

Babs Bunny was trying to find a female mentor but could not because all of the original classic cartoon characters were male.  In 1990, this was very representative of lots of young women, trying to locate mentors to help break them out of traditional women’s roles.  Twenty-one years later, I am amazed at how far we have come with equality amongst the genders and amazed at how much farther we still need to go.

One very key plot point in this episode is the concept that cartoons grow old and die only when they become forgotten by people.  This is actually something that is very key to the world-building I did for Toonopolis.  In the Tooniverse, cartoons exist only as they are remembered by sentient beings.  This is just one of the many examples of works that helped shape the rules of my world.

You’ll learn more by commenting below (include your email please) and earning a free copy of Toonopolis: Gemini for you and a troop!

Don’t forget to jump over to the next stop first thing on Monday morning: Carolyn McCray‘s blog.  Also, if you want to donate directly to help buy Kindles for the troops, click on the Blog Tour de Troops image to the right.