The second of my All Request Review month cartoon reviews is for a new version of an old show.  Anyone who read my Thundercats review knows that I am not one to immediately dismiss a reboot simply because it is a reboot.  I would never dismiss something without watching it to see if it is good.  Today, Toonopolis, The Blog reviews Voltron Force. 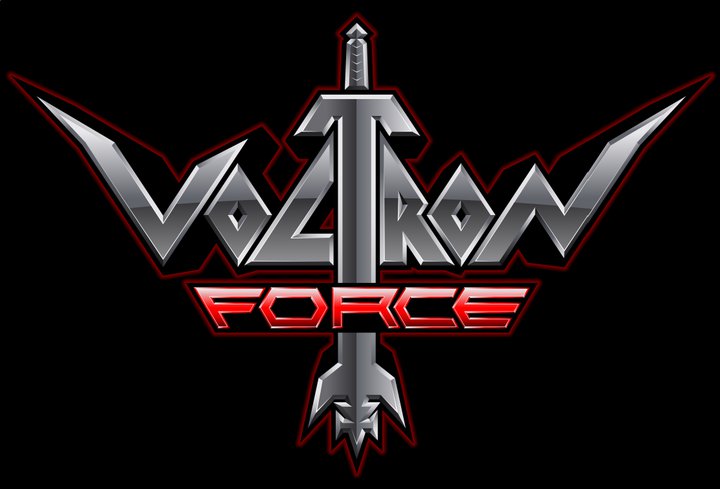 The first thing I noticed when I started looking into Voltron Force for this review was that my initial assessment on the cartoon was wrong: it’s not a reboot of Voltron: Defender of the Universe.  The events of Voltron Force begin a few years after the ending of the original series from the 1980s, where King Lotor was defeated.  This has the potential to be pretty cool… a sequel, not a reboot.  The beginning of the first episode handled filling the gaps between the two series extremely well!  The details from the original series serves as backstory for a brand new adventure. 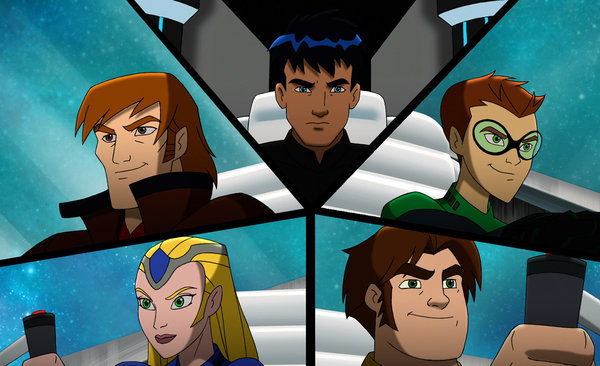 The original five Voltron Force members in their five-panel glory... and a little older.

Before I talk about the voice cast, let me talk about another vocal portion that I normally don’t discuss.  The Voltron Force theme song by Swizz Beatz is pretty cool.  It’s not often that a mainstream-focused show like this gets a hip hop intro.  With the guitar and voice mod to make Swizz Beatz sound robotic at times, it’s a nice homage to the 80s and bringing it into modern time.  It is a good intro song.

Okay, now into the cast.  They have brought in a lot of new voice actors for this series.  Giles Panton (Keith, the Black Lion Pilot), Vincent Tong (Daniel, one of the new cadets), and Doran Bell (Vince, the other cadet) are all either voice acting newbies or have very few other shows under their belt.  Ashleigh Ball (Princess Allura) is also fairly new, but she’s making a huge splash and I think she’ll be around a while (if you read my My Little Ponies: Friendship is Magic review, you know she plays Applejack and Rainbow on MLP).  Being that there are so many new actors, it’s unsurprising that the voice acting is only so so… but I expect it will get better as they gain more experience over time.

The show’s concept is pretty nice.  The original Voltron Force has been outcasted and the lions are deemed illegal by the Galaxy Alliance.  The original five are either faking being reformed or fugitives and training the three new cadets (Daniel, Vince, and Allura’s niece Larmina).  Top this whole rebellion-style storyline with a mysterious scientist reanimating King Lotor of the Drule and you’ve got yourself two pretty solid parallel storylines to work with.  The show weaves the storylines together, having two major baddies in Commander Wade of the Alliance and Lotor.  The big three-way battle in Episode Three was pretty epic. 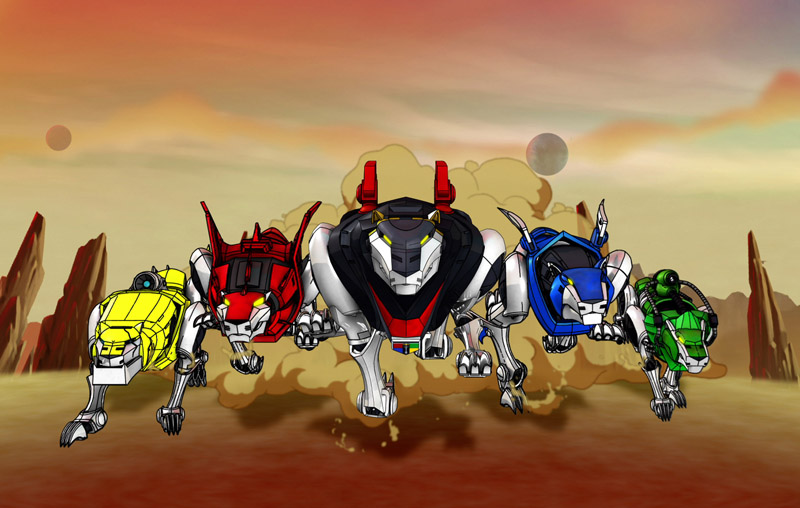 The new CGI lions on a cel-animation background. Very nice.

I had a lot of skepticism about this show from some of the trailers.  The CGI style of the animation reminded me of Hot Wheels: Battle Force 5, which I didn’t really like.  I was very pleased to find out that they really only used the CGI for the scenes with the lions and the large battles.  The rest of the animation is a realistic-style of cel-animation that reminds me a lot of Man of Action’s work (Ben 10, Generator Rex).  It’s actually very unique and neat to see the two of them blended together.  Even when the lions are on screen in their CGI, they are overlaid on cel-animation backgrounds.  It works very well.

I only had enough time to watch the first three episodes of Voltron Force in time for this review, but I have to say that I’m hooked.  I will most definitely be catching up on the rest of the series as soon as I can.  Chalk this one up to another surprise review that had lower expectations but a very happy result.  Once some of the newer voice actors pick up their game a bit, I’m thinking this show is gonna have some serious staying power.  LET’S VOLTRON! 4/5 Giant Cartoon Mallets.  I’d go with 4.5, but I don’t feel like coloring one of the mallets in halfway.