The time has come for me to review a series that anyone who follows me on Twitter or Facebook already knows I am in love with and refuse to go a week without watching.  If you want my initial reaction after the series premier, you can check out my guest blog over at Your Need To Read, but if you want my full review now that the show is in full swing, strap in and stay here cause it’s Thundercats time, baby. 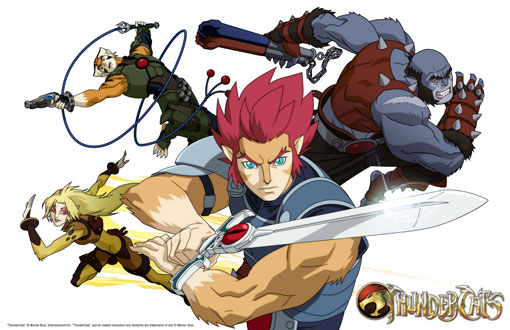 I have been waiting to review Thundercats on Toonopolis, The Blog because I, quite frankly, have been waiting to see if the other shoe would drop before I get all fanboyish and post a happy review of the series.  As of the writing of this blog post, we are eight episodes in (seven if you count the hour-long premier as one episode, which episode listings do not), and the show has gotten no weaker from its stellar debut. 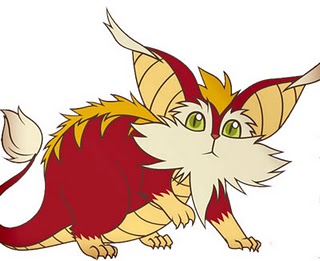 As I like to do, let’s talk about the cast first.  Voicing Lion-O is an actor who I hope spends the rest of his career in voice acting, Will Friedle.  Gen X/Gen Y folk like myself will remember him as Ben Savage’s older brother Eric in Boy Meets World.  Current cartoon fans will recognize him as the Blue Beetle from Batman: Brave and the Bold or as Batman in Batman Beyond.  He is spectacular as the young leader of the Thundercats.  Oh, and guess what?  Snarf doesn’t talk.  If you’ve ever watched the original, you will know how fantastic this is.

Matthew Mercer (Tygra) is a great addition with his background in video games and anime.  Kevin Michael Richardson brings 20+ years of experience and his awesome deep, raspy voice to fan-favorite Panthro.  A big surprise is Emmanuelle Chriqui (Cheetarah), who is more famous for being beautiful than for her acting.  She does a fine job as the lone female in the group (okay, except for WilyKit, but you know what I mean).  The creators also had a great “passing-the-torch” nod with Larry Kenney (original voice of Lion-O in the 80’s series) voicing King Claudus, who dies in the opening episode to make way for Lion-O to lead the ‘Cats. 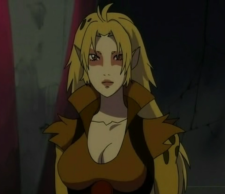 Look for a new wave of Cheetarah cosplay at cons.

I don’t normally discuss animation (I’m a writer, not an artist), but I have to give a major shout-out to Warner Brothers for tapping Studio 4°C to animate this show.  They bring a strong air of anime to the show but it still retains a decidedly western feel with the writing and voice acting.  Thundercats, to me, combines some of the best elements of Western and Eastern animation in the same show.  That is no easy feat (Avatar: The Last Airbender is probably one of the only other shows I can think of that did this as successfully).

The story itself was always the strong portion of even the original (which was otherwise not nearly as good a show as my young self remembered).  Thundera is a kind of dystopian world (maybe cyberpunk would be better, with the emphasis on technology).  The Thundercats are a group of warriors that are the last bastion of hope for their clan, seeking to stop the evil Mumm-Ra from obtaining the ultimate power contained in the Book of Omens and restore themselves as the rightful lords of the land, preventing the enslavement of other beings that Mumm-Ra is infamous for doing.  With a strong animation team and a brilliant cast added to the awesome story, it’s a hardcore win.

I must digress to talk about one episode in particular that I felt was just absolutely beautiful (I’ve watched it 3 or 4 times already).  The fourth episode entitled “Song of the Petalars” has the Thundercats meet up with a race of plant-beings called the Petalars.  Emrick is a young Petalar who wants to grow up and be just like Lion-O, a strong and confident warrior.  Lion-O learns that the Petalar lifespan is only about a day and watches Emrick grow to be a great leader who not only leads the Petalars back to their home, but also helps save the ‘Cats from Mumm-Ra’s lizard army along the way.  As his day of life comes to an end, Emrick reminds Lion-O that it is not how long you live but what you do with your life that makes you who you are.  Fortunately, before I tear up, Panthro shows up with the Thundertank and I get to scream like a happy kid again!

Thundercats is a spectacular show.  You’ll find me yelling at the wife and kids that it is time for the show on Friday nights the same way I’ll snatch the TV from anyone for a Philadelphia Eagles game on Sundays.  It is a prime example of how a reboot can end up light years better than the original, so long as we are willing to take off the rose-colored nostalgia glasses and enjoy things for what they are… not what we think they were.

6/5 Giant Cartoon Mallets.  It’s my review blog and I can do that if I want, so shut up.