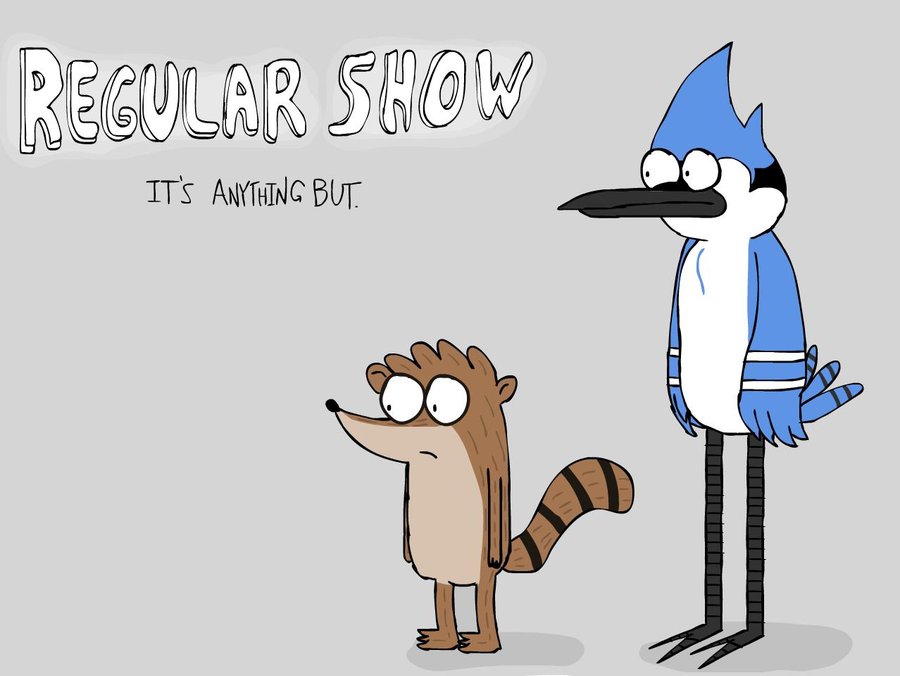 Much like Adventure Time (SMCR Here), I had very low expectations of Regular Show.  The commercials leading up to the launch of the show did not appeal to me.  A lot of it seemed like repetitive yelling and stupid sight gags.  What I failed to realize, though, was that the marketing for the show was designed for a younger audience of Cartoon Network fans.  The show, though?  Yeah, written by and for 80’s pop culture junkies like me.

The primary cast is actually very new to the game.  With the exception of Mark Hamill (who voices Skips the Yeti), the main characters are voice acting newbies.  Mordecai, the blue jay, is voiced by show creator J.G. Quintel (who, like Adventure Time creator Pendleton Ward, is a veteran of The Marvelous Misadventures of Flapjack) and his raccoon friend Rigby is voiced by William Salyers.  The rest of the primary cast (Benson, Pops, Muscle Man) is all voiced by the same guy: versatile Sam Marin, whose only other credit prior to Regular Show is in a short by J.G. Quintel from 2006.  The show has a bit of a Kevin Smith-esque I’m-going-to-have-fun-making-some-shows-with-my-friends feel.

The show itself is about the odd adventures of two early-twenties slackers trying to avoid work as much as possible and their interactions with their co-workers.  Watching Regular Show for me, though, is more of a “spot-the-pop-culture” reference.  Anyone who has read my debut novel, Toonopolis: Gemini, knows that I love that game and write it myself!  While my son and I were watching episodes, I would shout out various things I picked up along the way. 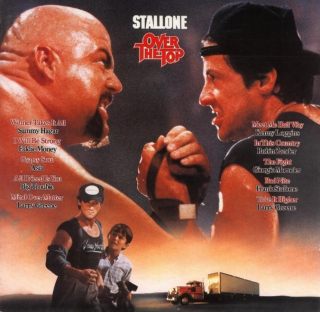 Skips shoulda been wearing a hat, too.

In the episode “Grave Sights,” Mordecai and Rigby show a 3D horror movie (which was a very thinly-veiled Evil Dead/Army of Darkness spoof).  A recent episode called “Over The Top,” parodies the really bad Sylvester Stallone movie of the same name with a plot centered on underground arm wrestling contests.  I marked out for the “slow-motion, switch-the-grip” shot they used when Skips arm-wrestled Death.

The writers also slip in great songs from time to time in the show.  I’ve heard homages to New Kids On the Block (okay, maybe not great songs… but… you know what I mean) and karaoke to Twisted Sister and “Footloose.”  In one of the first episodes, they even broke out a classic 80’s-style montage to Loverboy’s “Working For The Weekend.”  It doesn’t get any better than that!  (Or worse, depending on how big a fan you are of 80’s-style montages.)

Chalk up another pleasant surprise show to Cartoon Network’s new line-up.  If you remember from a few weeks back, I was pleasantly surprised about Adventure Time also.  The two of these shows together pack a great one-two punch for Cartoon Network’s line-up, especially one that hits the 10-30+ year old male crowd with such amazing accuracy.  4/5 Giant Cartoon Mallets for Regular Show… could have gotten 5 if they showed Pops playing tractor-chicken while singing “Footloose” during karaoke.