This is kind of a spur of the moment blog post but I was inspired by several conversations I had with folks on Facebook and Twitter regarding the newest iteration of The Tick – this time done as an Amazon original with Peter Serafinowisz playing the big, blue nigh-invulnerable superhero. Welcome to Toonopolis, The Blog’s first-ever TV show review: 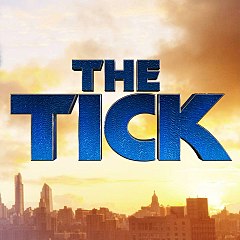 Let’s just get right to it. For those that don’t know, The Tick was a parody comic series originating in the late 1980’s by Ben Edlund. It rose to prominence in the mid-90’s due to a successful FoxKids animated adaptation and most people my age remember this series quite fondly, as it mirrored the parodic nature of the comic, with loads of over-the-top parody of comic book tropes and wacky villains such as The Mad Midnight Bomber What Bombs At Midnight. 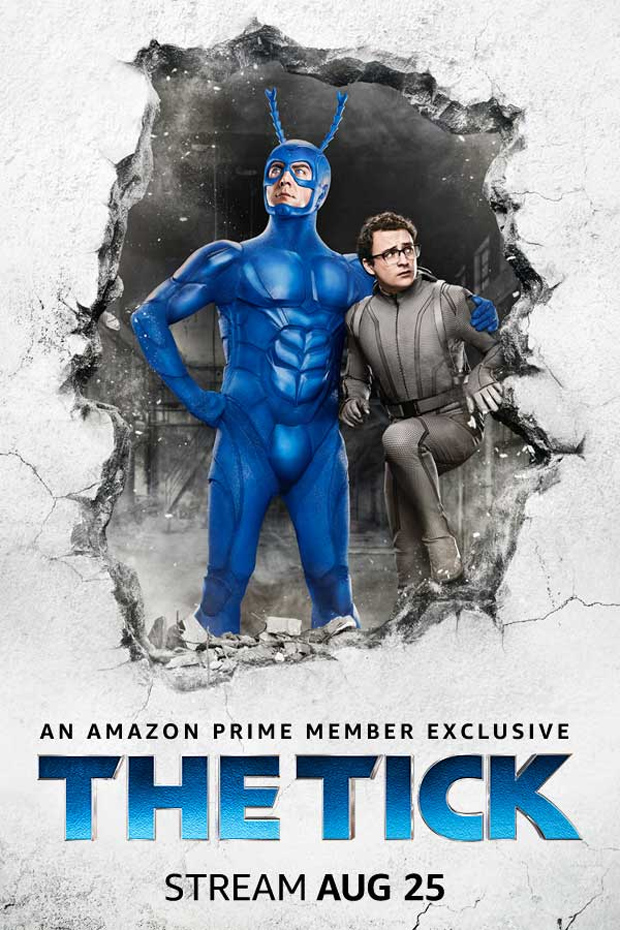 Serafinowisz towers nearly a foot taller than Griffin, they are a great pairing.

In the early 2000s, Fox attempted to adapt the series into a live action run. Despite casting every fanboy’s #1 pick for The Tick himself (myself included) in Patrick Warburton and some great guest roles (Ron Perlman’s Fiery Blaze definitely the tops of them all), the show itself never took off. I think this is because they tried to mirror the animated series and comics too much and focus simply on being a parody show without any real substance of its own. It was a series of physical gags and pithy dialogue bits but never really had a coherent story behind it.

Fast forward a decade and a half and Amazon puts out a pilot episode for their version (2016). We were clearly getting an all-new and very different The Tick. Yesterday (8/25), the first six episodes were released and I will say unequivocally that this is the best version of The Tick yet. You read that right. I even place it above the animated series that captivated me as a teenager. It’s that good.

Let us start with the casting.

The biggest fear people may have is that Patrick Warburton is not playing The Tick. Let me just put that to bed from the beginning and assure you that Peter Serafinowisz has absolutely nailed the clueless do-gooder personality of Big Blue and he’s got the physical presence to make you believe he truly is nigh-invulnerable. He’s actually 2″ taller than Warburton at 6’5″. His obliviousness to pretty much anything that isn’t “doing the right thing” and his interactions with the ‘anti-hero’ Overkill are just flawless.

The biggest improvement from 2001’s version is Arthur. Griffin Newman’s Arthur is just wonderful. With some new backstory to the character, his hysterical nature that served as comedic fodder in the animated adaptation becomes more about character depth than comic relief. This same added depth of character is given to other familiar characters as well. Dot is more than just an overbearing mothering sister-figure (although she is that too). Anti-hero Overkill, while being an obvious parody of the gritty kill-em-all superheroes like Punisher/Deadpool, also has depth to his story between his unknown connection to villain Miss Lint (who hilariously has to battle the static cling side effect of her electricity powers). Even Overkill’s AI “roommate” is voiced by Alan Tudyk, showing how much effort this production team put into pooling the best talent they could at every level. 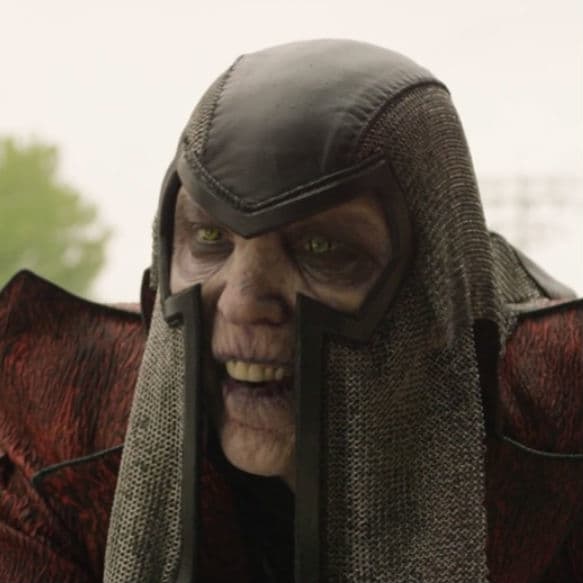 Jackie Earle Haley’s iteration of The Terror is the first one that actually feels like we should be scared of him.

I’d be absolutely remiss if I didn’t mention Jackie Earle Haley’s The Terror. Fans of comic adaptations in general will remember him in his great performance as Rorschach in Watchmen or even as the big bad (Odin Quincannon) of the first season of Preacher. This version of The Terror is actually kind of scary and super creepy. Haley’s raspy voice and a terrific makeup/costuming job make him far less ridiculous than the live-action and animated versions and makes you feel like he really is a supervillain worth taking seriously. Of course, the fourth wall breaking nature of The Tick can amuse even with a guy like that. In fact, (minor spoiler) the last word spoken before the end of Episode 6 is The Terror shouting  “cliffhanger” before fading to black (leaving us, the viewers, with a cliffhanger as we wait for more episodes next year).

One of the flaws of the animated series and the previous live-action adaptation is that pretty much all the characters were one-dimensional parodies. Sea Urchin in the animated series was a parody of Rain Man. Batmanuel from the live-action was your typical Latin lover parody. What Amazon’s version has done is taken these one-dimensional parody characters and added layers of actual character development, backstory, and depth to them. And it shows.

The next key beyond casting and characters is important: this show actually has an overarching plot! Instead of being gag-driven, it is actually story-driven. The Terror, the “big bad” of the show, is returning and no one believes Arthur (due to his PTSD from witnessing his father’s death — don’t worry, not a spoiler, it’s in the pilot episode). The Terror is not truly dead and is pulling strings in the city. You actually CARE about the story while watching this show and the self-referential humor and parody elements simply enhance the story; they are not the only point of the episodes.

The most brilliant thing the show-runners did in this version is make Arthur the true main character of the series. He is more relatable than The Tick, who is basically Dudley Do-Right with nigh-invulnerability. With Arthur’s backstory and neurosis driving the plot, Tick is freed up to be the comic relief/parody element. This inversion from previous adaptations (even the original comic), to me, is the biggest reason this show is so wonderful. They haven’t strayed from their roots so far that this isn’t The Tick, but they’ve created something new that I think has a much better chance of finding a wider audience than simply those of us who read the comics or watched the cartoon as kids.

An important final note–another big change from previous adaptations that I think helps: this is an adult-targeted show. There is swearing and blood. It’s not insanely gory, but Overkill does kill a lot of people with blood sprays and such. The cursing (none of which comes from The Tick or Arthur) is way more than PG-13 level, so it’s kind of important to know that.

That all being said, I absolutely loved this adaptation and recommend it heartily. There. Now people on Twitter and FB can stop asking my opinion. Or, well, at least I can just send them here when they do. 5/5 Giant Cartoon Mallets for The Tick (2017)!