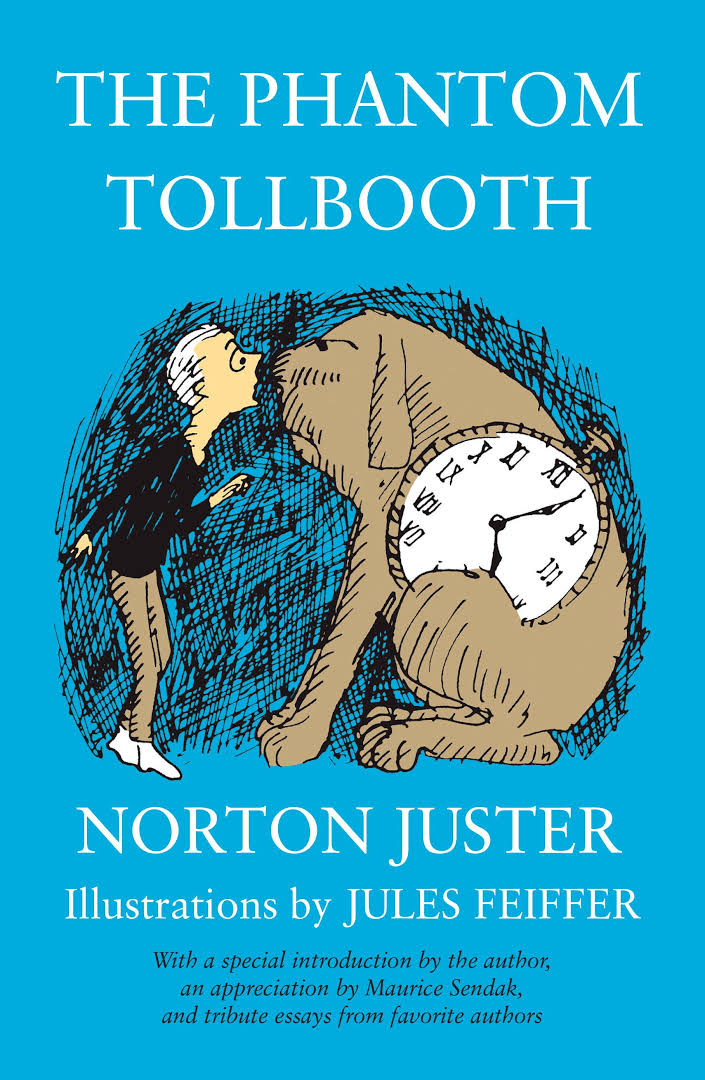 For Milo, everything’s a bore. When a tollbooth mysteriously appears in his room, he drives through only because he’s got nothing better to do. But on the other side, things seem different. Milo visits the Island of Conclusions (you get there by jumping), learns about time from a ticking watchdog named Tock, and even embarks on a quest to rescue Rhyme and Reason! Somewhere along the way, Milo realizes something astonishing. Life is far from dull. In fact, it’s exciting beyond his wildest dreams. . . .

Somehow in all my life (until now) I missed this book. It wasn’t until someone made a comparison to it in a review for my first Toonopolis book that I discovered it. That being said, I am quite happy to have found it! The first instinct is Alice’s Adventures in Wonderland for boys. I think, in a way, Phantom Tollbooth is a step above Alice and turns on the clever wordplay to an even higher level, which is impressive. In Alice, there was no overall purpose behind the nonsense. In Milo’s adventure, however, there is an amazing sense of underlying lessons and learning that can be done using the glut of literal puns around cliches and literary devices.

I could easily picture (or even develop) an extended lesson plan in an English class using Phantom Tollbooth as an anchor. Juster masterfully mixes in humorous dialogue with valuable lessons on perspective (Alec Bings, the boy who grew down instead of up), repetitive diction (the five advisers from DIctionopolis), and jumping to conclusions (literally, with the Island of Confusion). The most impressive to me, however, was easy to pass over because very little time was spent on it: the various monsters on the Mountains of Ignorance. A great lesson in a middle school English class would be to take one of the monsters mentioned in brief (such as the Overbearing Know-it-all, Gross Exaggeration, or Threadbare Excuse) and expand on them and why they are such monsters of ignorance even today.

This book is content appropriate for all ages. Much like the aforementioned Alice stories, it takes place in a whimsical other-world with no real consequence or bearing on the real world. In fact, Milo is only gone for an hour and the only change is knowledge on his part. There is no content that would preclude the youngest of readers from being able to enjoy the story.

The mile-a-minute cliches and wordplay, however, lends me to think that this book is best for 10+. In order to fully appreciate some of the literal humor, the reader will have to have enough experience with English language idioms. Luckily, Juster used some of the most common cliches and even a child reading this book 50+ years after its publication should be able to pick up on the majority of the jokes (and lessons) contained in the book.