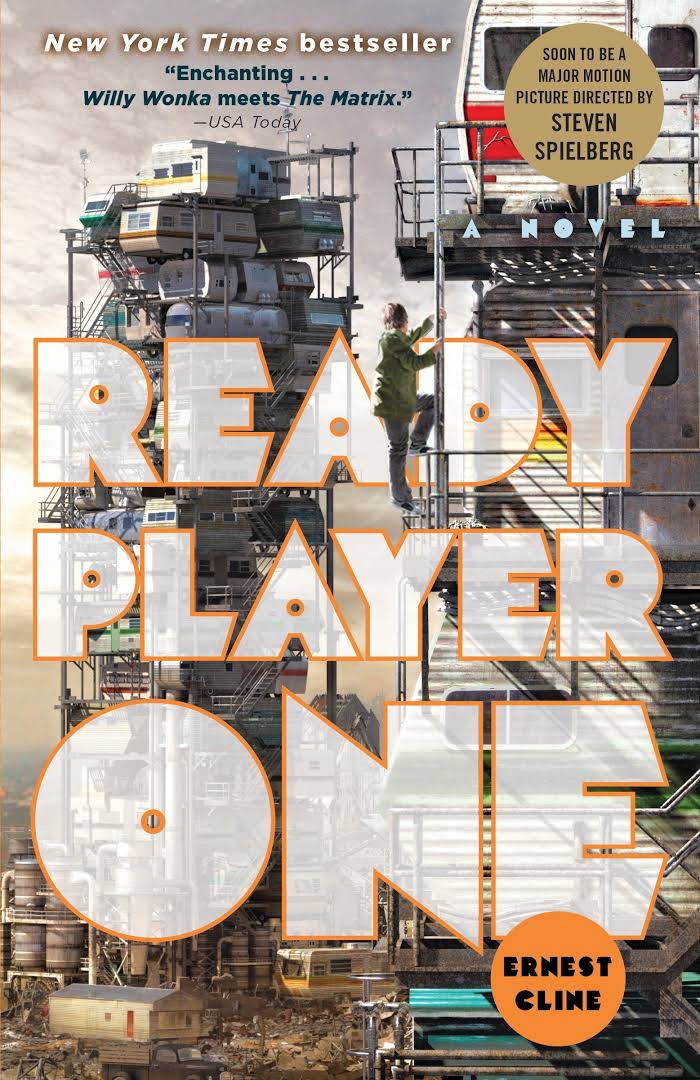 In the year 2044, reality is an ugly place. The only time teenage Wade Watts really feels alive is when he’s jacked into the virtual utopia known as the OASIS. Wade’s devoted his life to studying the puzzles hidden within this world’s digital confines—puzzles that are based on their creator’s obsession with the pop culture of decades past and that promise massive power and fortune to whoever can unlock them.

But when Wade stumbles upon the first clue, he finds himself beset by players willing to kill to take this ultimate prize. The race is on, and if Wade’s going to survive, he’ll have to win—and confront the real world he’s always been so desperate to escape.

This following statement might be my age talking, but kids these days live heavily in an online world. The jump from modern times to the near-future OASIS concept (whereby you even attend school through your virtual life as an avatar) is really not that farfetched. When I first read this book (listened to the Audiobook read by Wil Wheaton, actually), I felt it might not appeal to younger readers so I handed it off to my (at the time) 10yo son. He blew through it and enjoyed it as well.

The reasons for the appeal might vary depending on level of exposure to 1980’s pop culture, but if my son is any example, it is not exactly a prerequisite for enjoying the book. My kid has never played Joust or seen WarGames so his only frame of reference was what information Wade/Parzival shared in the story and Cline wrote it detailed enough that you don’t need to have seen/played the referenced material to follow the plot. Gamers in particular will love the exploration of the Second Life/Sims type of world overlaid with a World of Warcraft-esque leveling/fighting system.

The plot itself has a great mix of digital espionage, real world danger, and online gaming to keep a reader of any age engaged. It moves fast and the perspective of Wade/Parzival is a solid one. From his awkwardness in his interactions with Art3mis to his fanatical obsession with all things 1980’s (due to the influence of the contest set up by the OASIS creator), Wade is a well-written and more three-dimensional version of your quintessential geek boy.

While the vast majority of the conflict takes place inside the OASIS and therefore has minimal “real world” implications, the story does also go into a darker place when the antagonists–the greedy IOI corporation that wants to win the contest simply to monetize OASIS in a way the creator never allowed–target some of the gamers in the real world (up to the point of attempting to kill them). This makes the story a little more realistic but not in a blood and guts sort of way. All “on screen” violence is limited to the virtual world.

There is no sexual content and romantic entanglements aren’t really a thing. Wade develops a crush on Art3mis but it is a very juvenile type of fascination and they don’t meet in person until very late in the book to even consider acting on things (which they don’t in the book). The only major content warning I’d consider would be language. These are teenagers playing online video games. They swear like teenagers trash talking each other in online video games. Other than that, the content is accessible to even younger readers. Because of the ages of the protagonists, serious nature of life or death situations as the book progresses, and the language content, I’d suggest 12+ however.