As a staff member of the Indie Book Collective (official title: web monkey), I try to be involved in every blog tour.  Not having the time to commit to being an author on the Veteran’s Day Blog Tour de Troops, I offered to review one of the books on the tour.  For those who don’t know, the Blog Tour de Troops is a blog hop similar to many you’ve seen before, but with one big key difference.

Not only does every commenter earn a free eBook at each stop for him/herself, but he/she also earns a free eBook for a member of the military serving overseas.  The number one requested care item from our troops are books.  Digital books have allowed the military personel to carry a ton of books at once on an eReader and makes some of those long nights and time away from friends and family more bearable.

Onto the review!  I have decided to review George Sirois’s science fiction adventure Excelsior in support of this blog tour.

When I first read the description for Excelsior, I though, “neat, it sounds like Cool World meets Comix Zone!” While reading this wonderful book, I realized I was both right and wrong at the same time. In both of those examples (a movie and and old Genesis video game), creators come face to face with their creations to realize that they are not just alive in their imaginations.

In Excelsior, Matthew Peters discovers that his made-up world and story is not really imaginary at all. Thrust into the continuing storyline of a plot he thought he was writing, Matthew has to find strength in himself that he never knew was there. 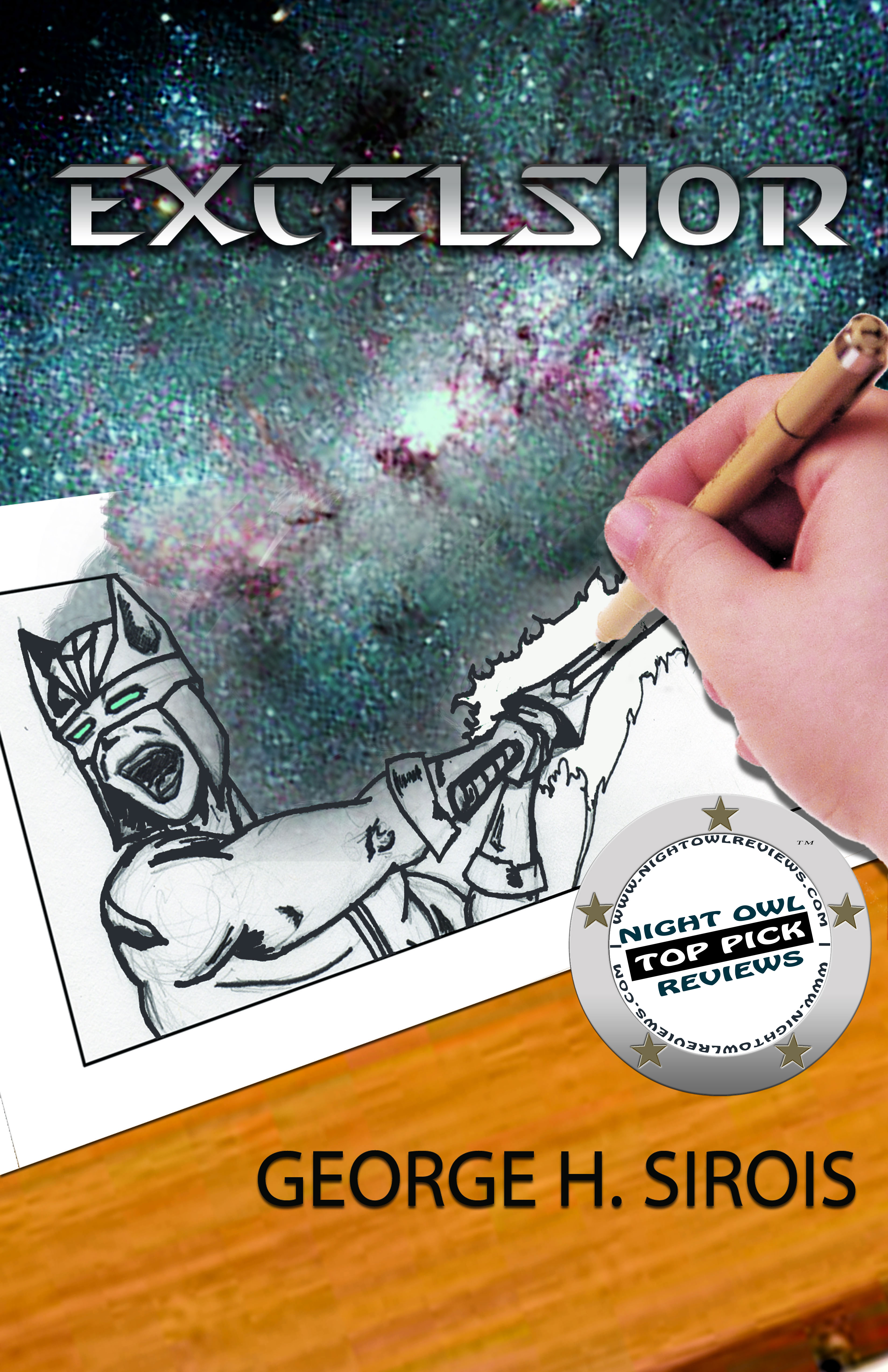 The reasons why Matthew has visions of Excelsior and Danab IV are not only explained, they are also an integral and very original part of the story. I was amazed at how well defined the story and world is. Reading the author’s notes, I see that Sirois spent 15 years developing this story and his passion and understanding of the history is very clear.

Like so many works, I felt connections to lots of other stories, sci-fi and fantasy alike. With the recent reboot of Thundercats, I definitely felt elements that reminded me of the Thundercats storyline (which is awesomely awesome) such as the magic jewels and swordplay. Sirois has done a fantastic job of borrowing small elements of familiarity from comic books and cartoons and combining them into an amazingly original and fantastic story.

I highly recommend this for anyone who enjoys sci-fi, comics, fantasy, and action-adventure stories.  (Which, incidentally should be anyone that reads this blog on a regular basis!)

I would finally like to point out how much I loved the relationship between Matthew and his uncle Jason. They show a great example of how a tragedy can pull a broken family together and make both of the two of them better people in the end.

I look forward to more works by Sirois and the continuation of the Excelsior story.

Links:
George’s Blog (Go comment to get your free copy of Excelsior!)
Excelsior on Amazon (Get a free copy then buy one for a friend!)