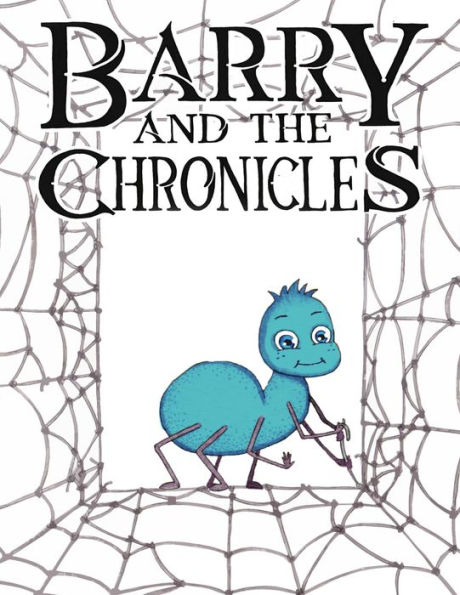 Barry encounters an evil force of Witches intent on capturing the minds of young children with a view to making themselves more and more powerful. Barry finds other Spiders along the way to help him stop their plans and together they battle for the upper hand.

Throughout the story there are constant references to The Spider Chronicles because it is a book of instruction, philosophy and meaning whose teachings are to be both followed and believed if good is to prevail over evil. Sometimes the content is easily understood but it cannot always be so and readers of all ages must seek the many messages being delivered.

The way Barry’s life evolves is quickly read but hard to forget; there are many threads to follow and weave. This story could stay with you for years to come.

When I first started reading this book (and knowing it is written by an author from the UK), I felt like I could hear a British narrator akin to Mr. Conductor from Shining Time Station and Thomas and the Magic Railroad as the narrator. The first few chapters of the book read like individual fables, with a specific moral and lesson for the reader to glean from it like an episode of toddler television. The narrator is a character in and of itself, often stepping back into first person to remind the reader of a previous lesson or even give explicit foreshadowing that something that happened would become important later. Sometimes this narration device is nice, but other times it does have an air of “talking down” to the young reader that often bothers me with books written for this age group.

The whole spiders vs. witches aspect of the over-arching story is definitely a fun spin. Witches are so commonly used in British literature it sometimes feels overdone, but it is nice that this one focuses more on the spiders as a foil to witches as opposed to an aid (the two of them often being connected as allies in a Halloween-esque sense).  Barry is a delightful main character as a young spider who learns early on he has powers and, in a paladin-ish way, feels compelled to act on them and use them to help his community (that begins with his people-family & the creatures in his home and rapidly expands to include all of spiderkind and beyond).

I enjoyed the story and, if I did “half” stars would put it in the 3.5 range, but I don’t so it gets rounded up on my blog and review sites. I’d recommend it for late elementary/middle grade readers or for a parent to read to someone younger.

A note on stylistic choices that did bug me a bit: proper noun creation (eg, capitalizing an “important” term). This bothers some folk and doesn’t bother others. In this case, I do feel the author overused the concept a bit much. Proper nouning a term to draw attention to its importance is a perfectly legitimate stylistic technique, but when overdone it thins out its effect. Spiders. Witches. Secrets. Supers. Revelations. Underlining. Missing. Chronicles… there are so many uses of it, it felt like each paragraph by the halfway point of the story had one in it. It became distracting and when style choice interferes with the story it can be bothersome as a reader. This isn’t inherently “bad” but it did bug me so I felt it fair to make note of it.

This book is all-ages appropriate without any worries. Even though it deals with spiders and witches and the like, it would be even appropriate to read to a younger reader than the 8+ crowd that would be able to read it alone. The episodic nature of the storytelling for each chapter make it more than appropriate as a “read aloud” type of story with a complete lesson contained per chapter.

I also try to consider how something written by a British author would appeal or connect with US kids (considering that’s where I am in the world), and I don’t think it’s too culturally different to lose American readers. It definitely feels very “UK” but, like the aforementioned Thomas children’s show, it doesn’t mean it can’t be enjoyed on my side of the pond.