Just writing a quick note on the blog to encourage people to check out a fun event I am involved in over on Facebook! A large group of authors have joined up to do battle over what team is better, Unicorns or Dragons! I, myself, have joined Team Unicorn because the upcoming sequel to my debut novel, Toonopolis: Gemini, is called Toonopolis: Chi Lin (Chi Lin being a unicorn that was oh-so-briefly mentioned in the first book).

That being said, if you want to participate and jump into the Teamhop (which includes prizes and a ton of awesome authors from multiple genres), head on over to LitRing’s page: https://www.litring.com/teamhop/. Follow the instructions, gain entries, and have a chance to win some awesome prizes (A Kindle Fire is up for grabs!). In addition to that, a lot of the authors will be hosting other prizes and fun on their Facebook pages as you travel through the Teamhop. Be sure to hit them all for maximum chances to win and to maybe even discover your next favorite author along the way!

As for my contribution, this particular Teamhop falls during a special time for me and Toonopolis in general. Gemini was released on May 30, 2011, so this Hop runs through the six-year anniversary of its release. To celebrate, my publisher has made the Kindle eBook version of Gemini absolutely FREE from today (5/26) to the anniversary date (5/30). In addition to that, anyone who comments on the Facebook post pinned to the top of my page (linked here) will also get a chance to win a signed paperback copy of Gemini!

So that’s that. Head over to LitRing, check out the pages, and be sure to vote for Team Unicorn because unicorns are totally more awesome than dragons and we all know it! 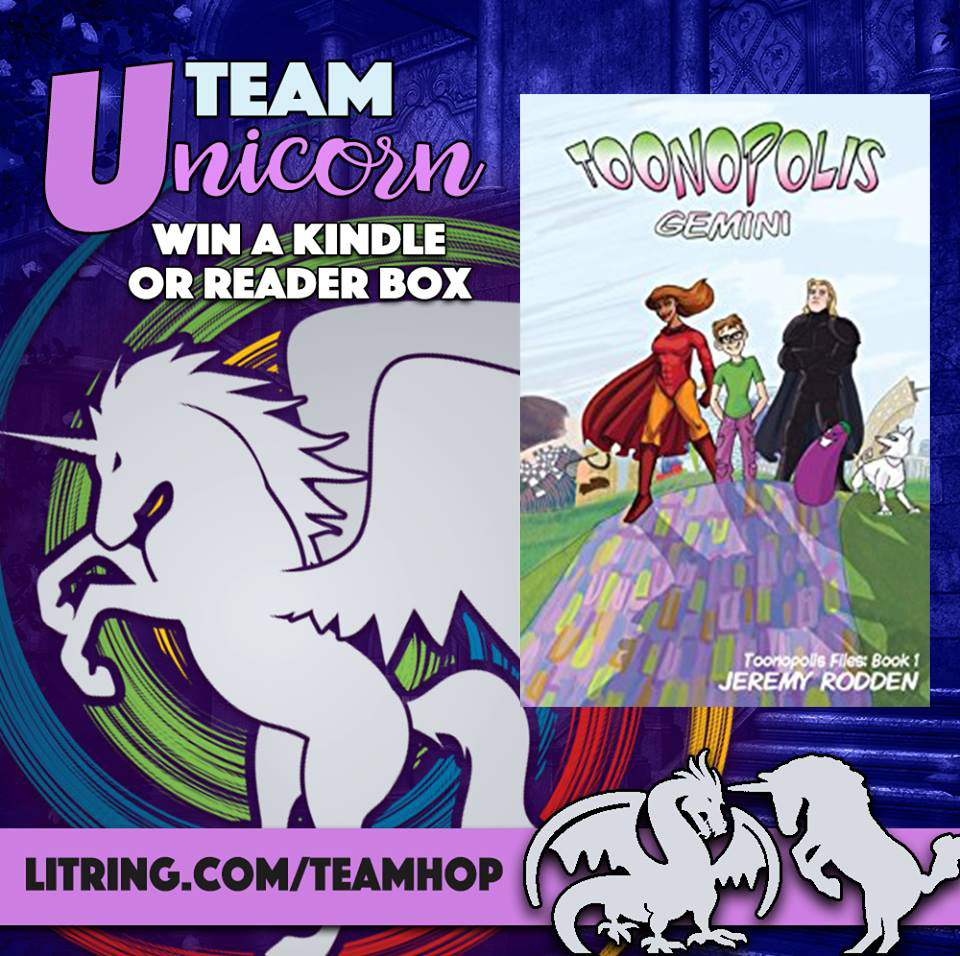