So I’ve always wanted to do a webcomic. It’s true. In fact, Toonopolis: Gemini was originally supposed to be a comic or graphic novel or something along those lines. Going back to when I was in college in two-thousand *cough cough cough*, I’ve wished I could work on a comic.

The problem is I can’t draw. Have never been able to and, maybe if I practiced more and tried hard enough I’d be able to do so. As it stands, however, I’m talent-less when it comes to that particular medium. So in order to do a comic I’d need an artist. There are only two ways to get an artist to work on your comic: pay them or beg them to work for free (“exposure”). I don’t believe in the latter and I’m not prepared for the former so it leaves me with ideas but no art. 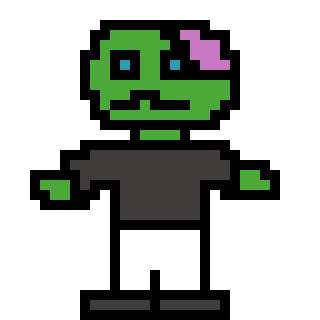 Over the weekend, though, I began experimenting with the idea of doing a sprite comic. Yes, like Bob & George or the millions of copycats that came after. Of course, I didn’t want to just borrow sprites from vid
eo games and what-have-you and modify it (not that I have an issue with it, it can be very well done and create awesome parody comics). I once wrote for a friend’s comic back in college (Farmboy, a Harvest Moon-inspired spritecomic she did) and I loved that one. 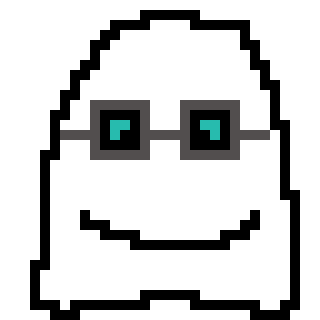 So I began playing with creating my own sprites and my own pixel art. I began with the two core characters that will star in my comic (tentatively titled G&Z: A Toonopolis Pixel Comic… might need work), G (a ghost) and Z (a zombie). The general premise of the comic is that these two both came from the same dead person and are connected but very different. At its core, it will be a classic bosom buddy style comic but I do intend on having an actual story as well.

And, because it takes place in Toonopolis, there is always the possibility of people from my other works showing up or them visiting other sections of Toonopolis. It will take place mostly in Gothicville (as seen in Toonopolis: Gemini) and Dystopia (which will appear in Toonopolis: Chi Lin, which I expect to be published in 2017). So I’ve done some initial concept art and mockups for the two main characters as well as the main characters Gemini and Jimbob the Talking Eggplant from the novels.

Please let me know what you think. I hope to kick off the comic in the very near future but have some work to do creating the pixelart for my sprites and backgrounds and see how it comes together. And to any concerned this may detract from me getting additional writing done, don’t worry… I am well under way with Chi Lin (over halfway done first draft) as well as other projects I expect to complete this year. Thanks for reading!