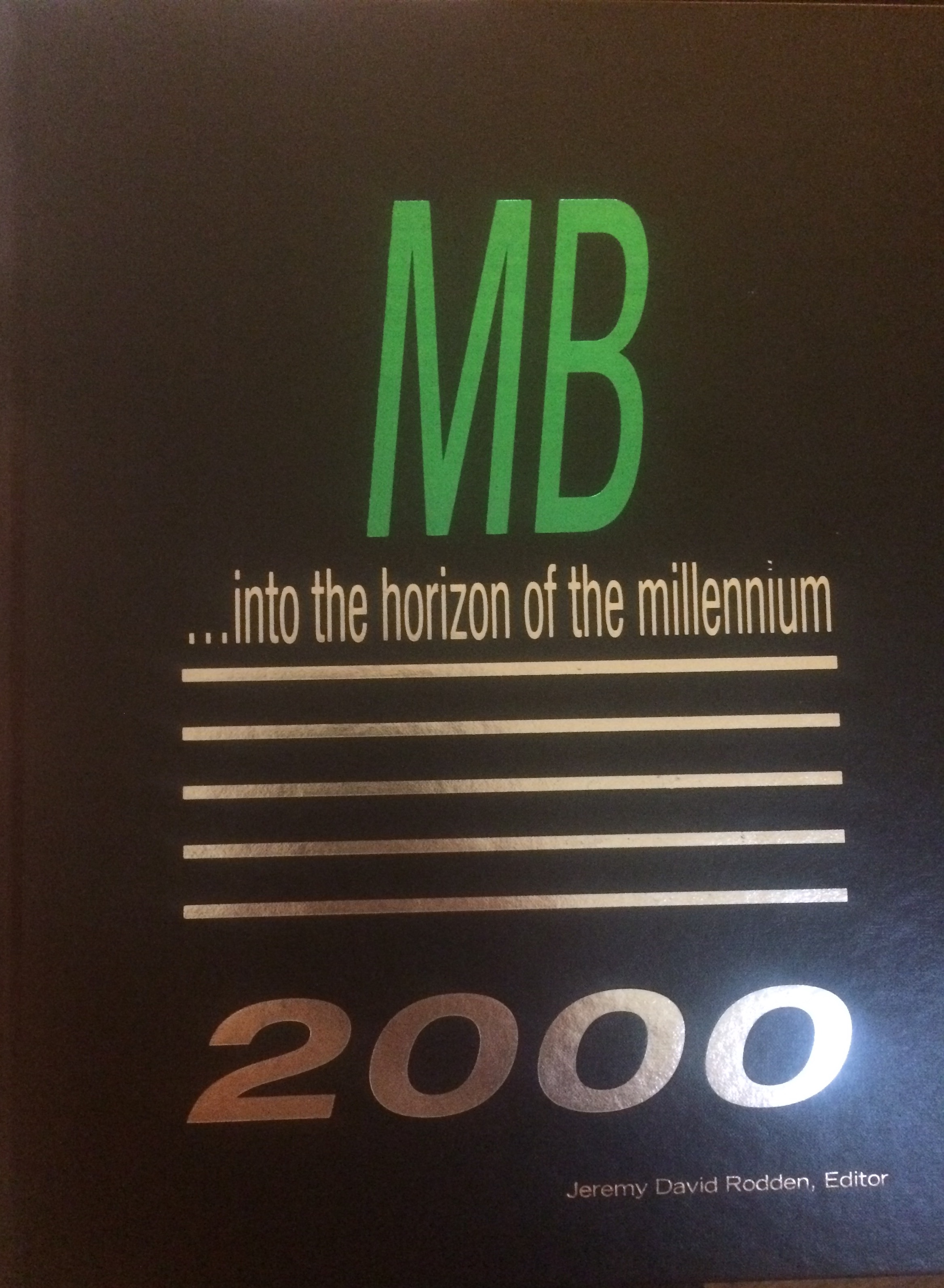 To this day I have no idea what this tagline means.

During my senior year of high school (Class of 2000), three friends and I decided we were going to be the yearbook editors as one of our school activities. We didn’t realize when we signed up that we’d be doing 95% of the yearbook ourselves (as virtually none of the rest of the slackers we went to school with helped!) Of course, this gave us a lot of freedom to put whatever we wanted in the book, such as allowing our friend Nelson to write *every* caption (many of which were sarcastic or blatantly asinine). Or perhaps tweaking the voting on the Most Likely To Be categories (guess who got Most Likely To Be A Writer).

But I digress. The true Throwback Thursday element of this post is to share an editorial I wrote back then. Remember, we were the Class of 2000 so our senior year was in the shadow of the Columbine High School shooting in Colorado that occurred on April 20, 1999. Upon reading the editorial, I am amazed at two things: 1) I am more optimistic now than I was at age 18 and 2) essentially nothing has been done to change the state of our country to prevent these shootings in the last 15 years.

At least I followed through on padding the voting!

Below is reprinted verbatim my editorial (I resisted the urge to edit it with 15 years of writing experience under my belt). Feel free to share and/or comment. I’d love some other perspectives on this.

Don’t bother reading this. I re-typed it for you.

“We live in a post-Columbine world boys.” I’ve heard this sentence countless times from countless people this year, and it can’t help but make me think; “Why did it take tragedy to provoke action?” It seems that this is how our world always works. We don’t realize nuclear weapons are bad until we destroy two cities. We don’t realize hydrogen is flammable until a zeppelin goes down. We don’t realize kids can kill until they do. High school was once a time of happy-go-lucky frolicking, leading to life in the “real world” where things became dangerous. Now, things are dangerous even in high school.

Many people try to blame television, radio, and movies for this sudden surge of teenage violence. What people fail to realize is that that type of media is a product of society, and not vice-versa. The journalists try to blame everyone and everything for kids strapping weapons to schools, and they fail analyze the fact that they glorify war and violence by running them as the top stories and headlines every to single night. When a kid is starved for attention, he’ll go to any lengths in order to obtain it. Extreme methods and making front page news is something that will make a deprived kid feel like a movie star, and the journalists of the world don’t realize it… or don’t want to.

In something of a conspiracy, the publishers and producers of the world know that society has become a sick and twisted place, where the masses yearn for news of death and destruction. Why change the stories to news of medical and technological advancement when the ratings say that violence sells? Unless the people of our society can change their blood-lusting ways, the de-evolution of our world will continue in a rapid spiral until it comes crashing to an end one day.

When our country comes to a point of such civil chaos that there is no return possible, then ratings won’t seem as important. Until then, we can only hope that people learn to have a mind of their own and not move into de-evolution in masses. We may appear to be at the apex of our history at this present time, but every dominant civilization comes to an end. The United States is just waiting for its time to fall, and at the root of our downfall will be violence at the hands of fellow Americans. Isn’t it great we’ve advanced so far?