This week, Toonopolis, The Blog heads back to Cartoon Network to review the first production under the Cartoon Network Development Studio Europe, a UK branch of CN.  Let’s discuss the completely strange and random new cartoon, The Amazing World of Gumball. 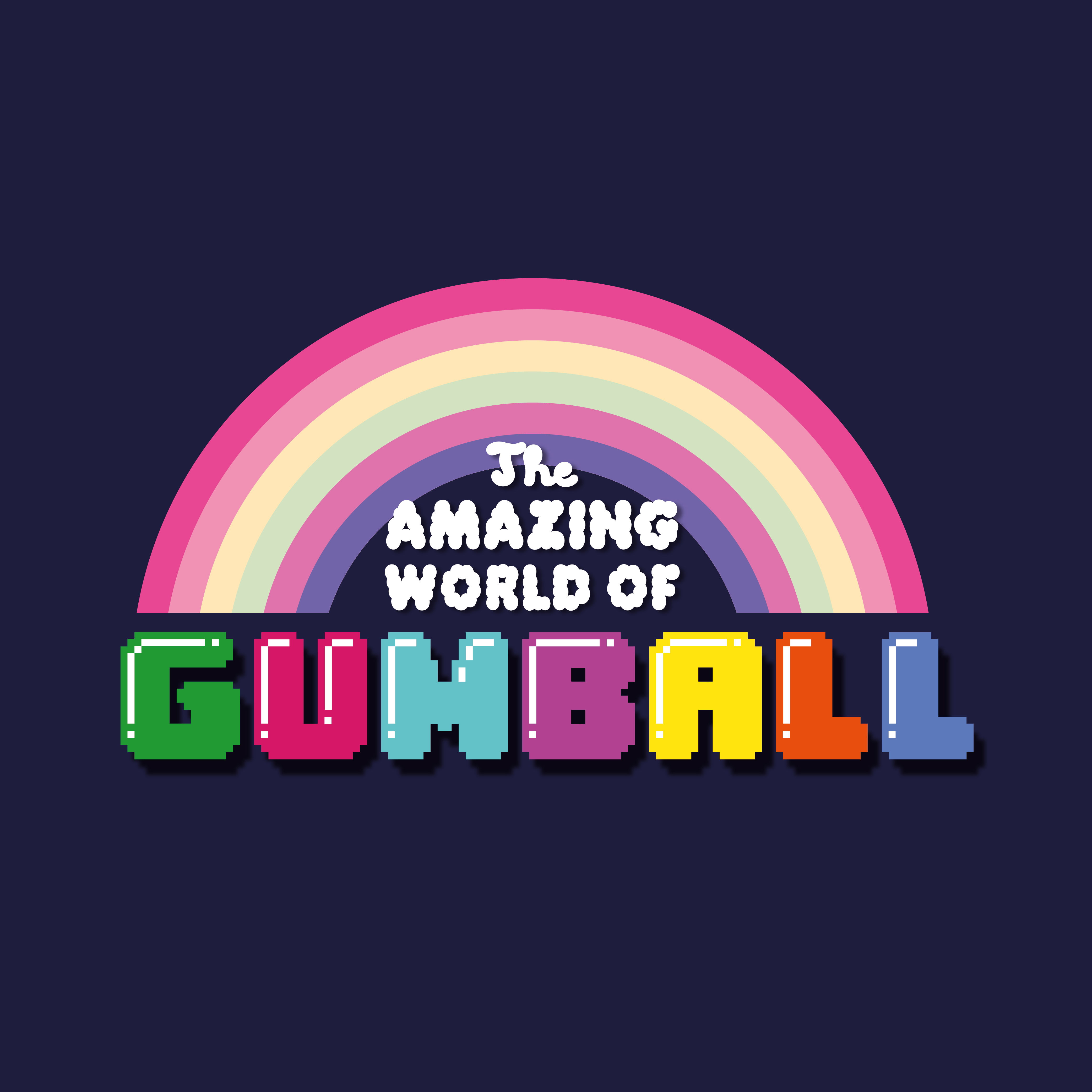 When I first saw the ads for The Amazing World of Gumball, I was trying to figure out what the premise of the show was.  After watching a bunch of episodes with my six year old, I’m still trying to figure out the point of the show.  Ostensibly, it’s an odd comedy about a somewhat dysfunctional family that follows the children to their school filled with the most random assortment of anthropomorphic animals/things/whatever.  A quick read into the development of the show explains why the characters are so random–show creator Ben Bocquelet literally just threw together trashed characters from commercials he had designed into one big melting pot for this show.

Random doesn't begin to define the characters on this show.

As many shows do now, they employ voice actors for the children that are actually closer in age to their characters (unlike the old method of using adult voice actors to play everyone, even kids).  The main three voices are actually pretty decently acted by youngsters Logan Grove (Gumball), Kwesi Boakye (Darwin, formerly their pet fish who grew legs so they adopted him), and Kyla Rae Kowalewski (Anais).  The rest of the cast is fleshed out by relatively unknown actors.  It may be due to the show being a European production, but none of the voice cast has done a ton of work prior to this show, at least as much as I could find.  They aren’t bad (although not a fan of the dad’s voice).

In traditional Western style, there is practically no continuity from episode to episode.  They have also taken the successful format of sticking to 11-minute shows (much like other Cartoon Network shows, such as Adventure Time and Regular Show) instead of 22-minute full-length shows.  Each episode seems to attempt to outd0 the random stupidity from the previous show.  In fact, one recent episode (“The Goons”) quite literally had the characters both competing at being dumb and trying to improve on their dumbness.  This was followed up shortly thereafter with “The Genius,” where it was made clear how dumb Gumball really was.

I’ve got no problems with dumb characters on cartoons.  Geez, that’s one of the main points of cartoons–to point out stupidity.  The problem though is that the main characters being idiotic (as their only character trait) is becoming overdone.  We’ve been there before: Ren & Stimpy, Beavis & Butthead, etc.  The more successful shows are starting to develop stronger characters that are more three-dimensional.  None of the characters in Gumball have demonstrated that they are going to grow beyond the throw-away character designs that the creator had when he tossed them into a big crock-pot and came up with this show. 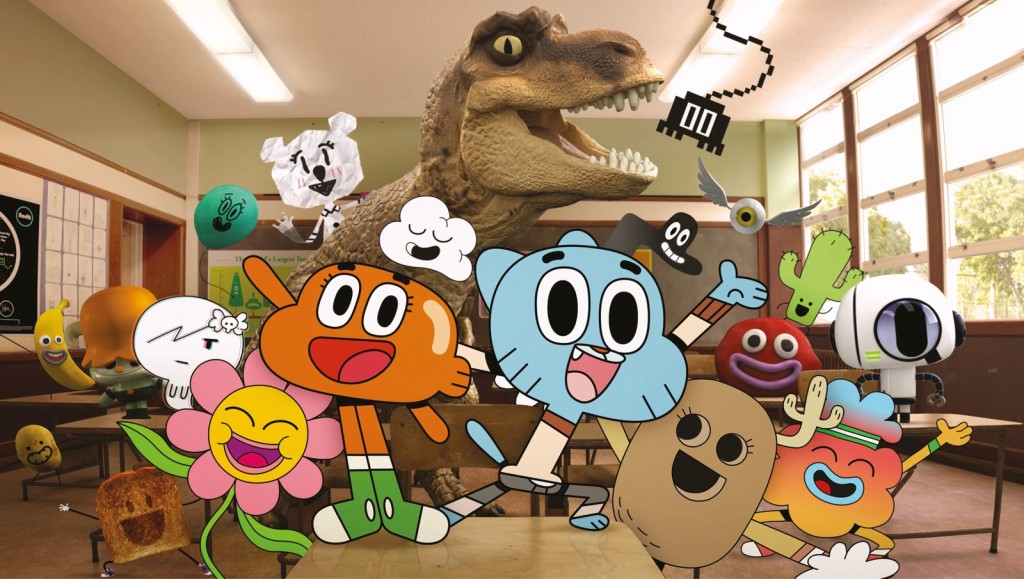 The mixed art styles are distracting.

The animation on the show is just as random as the characters themselves.  Some of the characters are cel-animated, some are digital, and some are created from stills and photos that are animated.  This technique is used in various shows from time to time (SpongeBob Squarepants most notably), often for comedic effect.  It is used sparingly, though, by other shows and nearly every episode of Gumball has some of this melding of art styles.  It is neat and sometimes it is how I picture some parts of Toonopolis, but it is pretty distracting since it is used so much.  It becomes less of a punchline and more of a joke in and of itself–and it’s not a funny one.

On a personal note, I am very much not a fan of the dad (the fat pink rabbit).  He is considered a “stay-at-home” dad but really just comes across as a complete loser.  He watches TV all day, plays games, and just eats.  In one episode, he even competes with Gumball and Darwin in a competition as to who could be the laziest.  As a stay-at-home father and advocate of awareness (see the upcoming The Myth of Mr. Mom non-fiction essay book by Portmanteau Press LLC) that men are capable of filling this role, I really dislike seeing such a negative image in the form of this character, even if it is just a cartoon.

Overall, I am not a huge fan of this show.  My six year old enjoys it sometimes, but I find myself rarely laughing.  With this much randomness, it is hard to get into the show or care about any of the characters.  I’m a big fan of random, but it’s got to have some sort of control if it is going to be viable as a stand-alone series.  The Amazing World of Gumball gets 2/5 Giant Cartoon Mallets.  Random is good for 2-3 minute shorts.  It just doesn’t work that well for 11-minute episodes.