Cheetoy is a mother, homebody and rabid Fan-girl of various Mecha and anime.  Born with a pencil in her hand, she’s been trying to reach what she considers Nirvana of the comic drawing style.  So far, she hasn’t reached it yet but that hasn’t stopped her.  She also picked writing fan-fiction to improve on her story telling skills, in hopes that one day, she’ll write her own original comic.

Around 1984, I was a 13-year-old latch-key kid watching TV as a way to pass the time ‘til my parents came home to bark on how I wasn’t doing my homework and stuff like that.  There was Transformers, G.I. Joe, Smurfs and many others kid shows whose quality surpasses much of what’s pawned onto kids these days.  For me, the best of them all was Voltron. 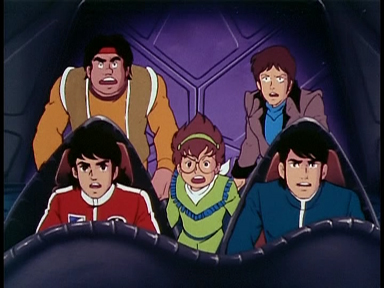 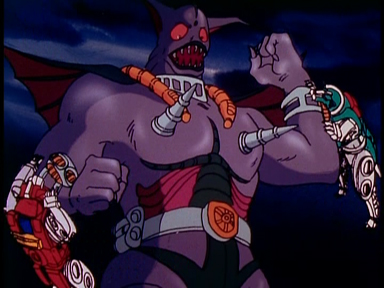 Just call the Fashion Police, we have a crime!

One of the few anime to cross the Pacific during that time, Voltron was the action tale of 5 explorers traveling to a distant world to help protect the galaxy from an evil threat.  But what hooked me the most was the Characters.  There is the Princess who acted much the tomboy, but looked every bit Girlie-girl.  Her advisor and nanny who want her to lead her people from a golden cage, and have nothing to do with the guys sent to help her.  Even the Voltron Force is interesting in their unique way.  There is the handsome Commander Keith (I know… but mullets were cool back then) and his best friend, the hot-headed Lance.  We have Sven, the ever quiet one who leaves the show in episode 6 only to come back near the end slightly insane.  Then there is lovable Hunk and his quest to eat everything edible in the universe, and Pidge, who’s out to prove that size means nothing.  Even the Robeasts are a hoot.  Each one looked like it came out of Madonna’s or Lady GaGa’s closet and swiped the cone bra.  If Haggar was a real person, you can guess she would be making their clothes.

Voltron is one of those cartoons that was a happy mistake.  Originally named Hyaku Ju Oh Gorion (King of Beasts Go-lion), it was sent in place of another anime due to a misinterpretation of what the heads of WEP wanted.  Of course, there was some serious editing before Voltron was released to the American public.  For starters, the enemies were not Robots and it showed in the heavy use of swords.  This made for heavy edit number 2, all that blood that had to be cleaned up.  But for all the editing, the story ran almost the same in Japanese and English.  And while it did have its dark streak, it had hope. 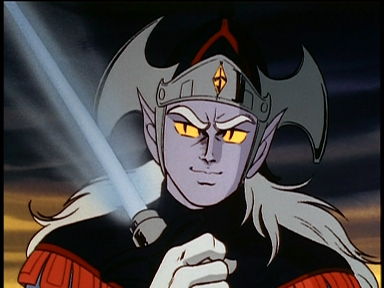 He slices, dices and makes the best jullienne fries

The biggest difference is that it was a bigger hit in America than in Japan.  So after 52 episodes, WEP needed new animation to continue the show.  The animation suffered big time.  The company hired did a poor job.  Despite the issue with the animation, this was where I fell for the show big time when I was a kid.  In the show, Commander Keith and Princess Allura were falling in love.  For a kid show, this was big and hitting the realm of Soap Opera Drama.  Also we were introduced to a new villain, Queen Merla and her ability to control weak minds.  Alas, the writers of the show never delivered what the fan-girl in me wanted.  While the stories were good, the writers never put the commander and princess together in the end.  But what should one expect for a show geared towards young boys and not girls?

The show is still a great show.  I’ve introduced it to my son when he was 4-and-a-half and now he’s hooked on it too.  We even watch the new show (which he loves more).  It’s held up well against time.  Yes, even the cheesy 80’s-ness it has.  It spawned me to draw, mostly the Commander and at times Allura.  To which I still do.  I still dream and hope that the writers of the new Voltron would tie that one loose end that was left.  But until that day comes, which maybe never (though you never know), I’ll be forever drawing Voltron and its pilots.