The Penguins of Madagascar (A Review)

Today’s continuation of All Request Review month comes from Twitter.  I am actually surprised that I haven’t reviewed this show yet, because it’s really fun.  It may be a spinoff of a feature-length animated film, but it follows the funniest characters from the original.  It’s time for a review of The Penguins of Madagascar. 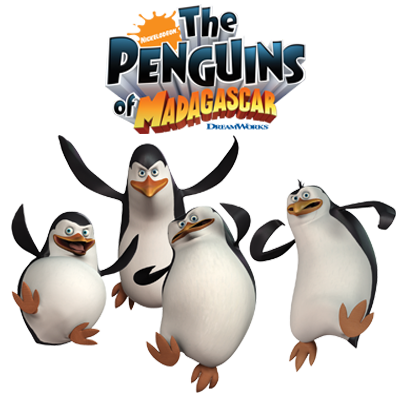 As with many spinoffs, the expectation is usually pretty low to begin with.  Oftentimes, it’s just a quick grab by the producers to capitalize on the success of their box office hits.  Most of the time, the result is a low-budget crapfest that only last a single season (if we’re lucky).  With The Penguins of Madagascar, though, Dreamworks and Nickelodeon have actually turned out a quality product that has been around for three years already. 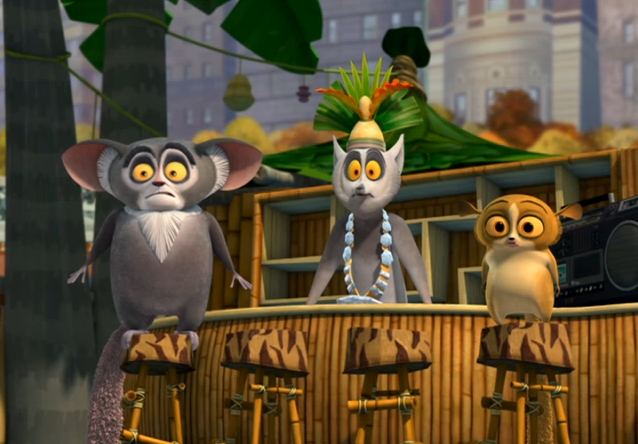 Julien is just as much of a jerk in this show.

Having had a prior voice cast to work with already, one would think it would be easy to bring over the cast from the movies into the series, right?  Not so fast, smarty pants.  Some of these guys might be more expensive than regular voice actors.  The lemurs, for example, King Julien and Maurice were voiced by Sascha Baron Cohen (Borat, Brüno) and Cedric the Entertainer, respectively.  These are big money names.  Danny Jacobs, who picked up the voice of Julien for Madagascar 2, does a great job making the king of the lemurs just as irreverent as the original work by Cohen.  Kevin Michael Richardson (who also does Panthro for the new Thundercats) maintains the deep, African-American voice of Cedric the Entertainer.  Well, at least they were able to keep Andy Richter to voice Mort.

But what about the title characters?  Any continuity there?  Well, with the exception of Tom McGrath keeping on as the voice of the leader, Skipper, no.  The voices of Kowalski (Jeff Bennett), Private (Jams Patrick Stuart), and Rico (John DiMaggio) are all picked up by prolific and very talented voice actors.  In many ways, these guys are all upgrades to the original actors, since they were elevated from minor bit comedy elements to stars of their own show.  As is often the case when you hire real voice actors, these guys often pull double-triple-quadruple duty in voicing secondary characters as well as their primaries.

Those that remember the great gags from the original Madagascar that centered around a group of penguins who acted like a military unit have to wonder if this works as its own series.  Does it work?  It sure does.  It works tremendously.  Without reusing any of the same bits from the movies (a big-time downfall of many spinoffs), the show allows the penguins to grow and evolve into complete characters along the way.  The relationships between the penguins is great.  Even though the whole show is a comedy, the lemurs take a secondary role as the pure slapsticky comic relief to stand against the backdrop of the dire situations that are usually just inventions of the Penguins’ own imaginations (well, Skipper’s at least). 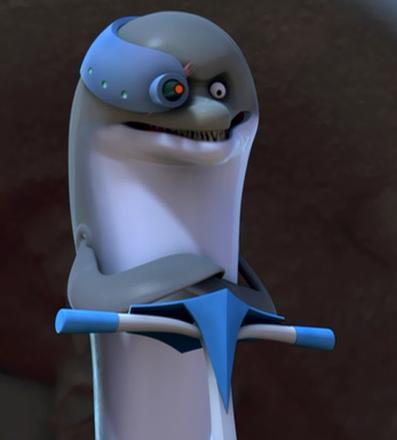 There is practically no continuity between the episodes, as with most Western comedic cartoons.  There is some back-story reference that comes up from time to time, such as the relationship between Skipper and the evil dolphin Dr. Blowhole (who we recently learned pronounces it pen-gyoo-in on purpose to annoy the penguins) and the sewer rats (complete with their gigantic king).  Also, Dr. Blowhole is voiced by Neil Patrick Harris.  Instant win.  Overall, the show has not backed down from its successful formula.  Some episodes focus more on minor characters (like Marlene, the otter) for a breath of fresh air but typically the show is: crazy activity from the penguins, stupid activity from Julien, some sort of combination therein, hilarity.  It’s simple but it works.

It’s not the best show in the world but it’s really funny.  The penguins are a great military group.  Their personalities are very diverse and they balance each other out well.  Rico is most definitely the best, with his super powers of regurgitating as many weapons of mass destruction as needed.  The Penguins of Madagascar definitely is a 4/5 Giant Cartoon Mallet kind of show.  Maybe more high quality spin-offs will result from the success of this one!