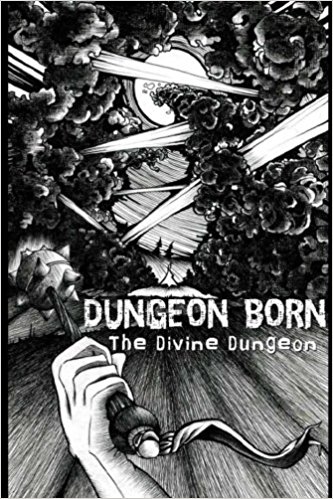 For eons, conquering dungeons has been the most efficient way to become a strong adventurer. Although, not everything is as straightforward as it seems. Several questions have always plagued the mind of those that enter these mythical places of power: Why are there so many monsters? Where does the amazing weaponry and heavy gold coins come from? Why does the very air fill with life-giving energies?!

Cal has all of the answers to these age old questions, for a very simple reason. He is a Dungeon Heart, a soul forced against his will into a magical stone. After several lonely years, Cal was able to regain sentience, allowing him to form new memories while slowly growing a dungeon around himself. With help from a friend, Cal learned how to create monsters and traps, increasing his power and size quickly.

When a threat to his existence rears its head, Cal decides that he will do anything to stay alive and become stronger. Unfortunately for treasure-seekers, the fastest way for Cal to achieve his goal… is to eat anyone that enters his depths.

I’ve read plenty of Epic Fantasy over the years, but this is my first foray into what the cool kids are referring to as “LitRPG”. LitRPG is a very new (eg, maybe 10 years old or so) sub-genre of Epic Fantasy that exists in a post-D&D/MMORPG world wherein the adventure is structured around familiar gaming concepts (paying attention to things such as levels, ranks, etc.). I felt that was important to discuss before talking about the actual story. It’s a concept I play with in my Toonopolis books in Adventure Realm (you’ll see it more in the forthcoming Toonopolis: Chi Lin) but I digress.)

I was skeptical about LitRPG (I expected it to be kinda dry and potentially boring) but this particular story was quite a fun read. There are two really unique aspects to this story that I enjoyed. One was expected, the other surprising.

The surprising aspect was that the author shifted POVs pretty aggressively throughout. Not merely from one third person POV to another (that isn’t really a big deal, especially in Epic Fantasy) but from first person (Cal, the ‘dungeon core’) to third person (predominantly Dale, the rising adventurer at the crux of the story *outside* the dungeon). Normally, this type of POV shift can be quite jarring but it really worked well due to the uniqueness of the “character” of Cal. First person worked extremely well for Cal’s POV.

The other expected uniqueness was that the story included the POV of a frickin’ dungeon. That in and over itself is worth the price of admission. I am not sure if other LitRPG books have done this before or if Krout got there first, but the concept was brilliantly executed either way. Cal being a “human” soul allowed the reader to connect to the dungeon core in a human-like way. Dany is a fun, sarcastic, non-human sidekick/mentor, which is a common trope in this type of story but she’s enjoyable nonetheless.

The back-and-forth between Cal and Dale is what I think makes the story less “boring” than I feared an LitRPG becoming. If we only ever had Cal’s POV, we would lose the adventurer perspective that mostly feels like a traditional adventure/epic fantasy story. When we are in Dale’s POV, it feels more like a traditional story and I enjoyed that aspect well. I am not sure if this will make me dive into more LitRPG (as I fear it can be very derivative in the same way Epic Fantasy is now-a-days) but I will definitely read the next book in this series and see if Krout can keep the story engaging beyond the uniqueness giving the story so much excitement.

Well, there is a whole lot of death involved, considering plenty of adventurers (especially low-level ones) die in dungeons (and the dungeon, in this story, eats them and delights in their deaths since they feed the dungeon’s energy levels). Other than that, it’s pretty standard fare for Epic Fantasy. PG13 level violence at worse (mentions of blood, injuries, etc. but that’s about it).

There are no language or sexual concerns–aside from some mature level humor and jokes about Pleasure Houses and the like. There is no direct sexual content to worry about at all. There are some RPG-level religious themes (eg, the Church fights against Demons) but no real judgement in either direction about the religious concepts.

Note: I do wonder how much I enjoyed this story because of how much I enjoy the narrator of the audiobook (Vikas Adam) and if he may have overcome any flaws/concerns I would have had otherwise. No way to know, just a thought. And a shout-out to how awesome Vikas Adam is as an audiobook narrator.