Now that All Request month is over, November brings us to Super Hero Month! I had been previously avoiding super hero cartoons because I just felt overwhelmed by the influx of them in the past few years.  Now it’s time to check out some of them and see if they’re any good.  This week, I’m going to review Young Justice.

I will start off by saying that I have never been much of a DC fan.  Some people, like me, are Marvels… others are DCs.  Truthfully, if it wasn’t Batman, I was not aware of most of what DC was doing over the years.  That being said, and this will apply to all of Super Hero Month, I will look at these shows on their own merits, not in analysis of the over-arching worlds/universes and continuity within comic book lore.  That would turn this blog into something else entirely!  We review cartoons.  So there. 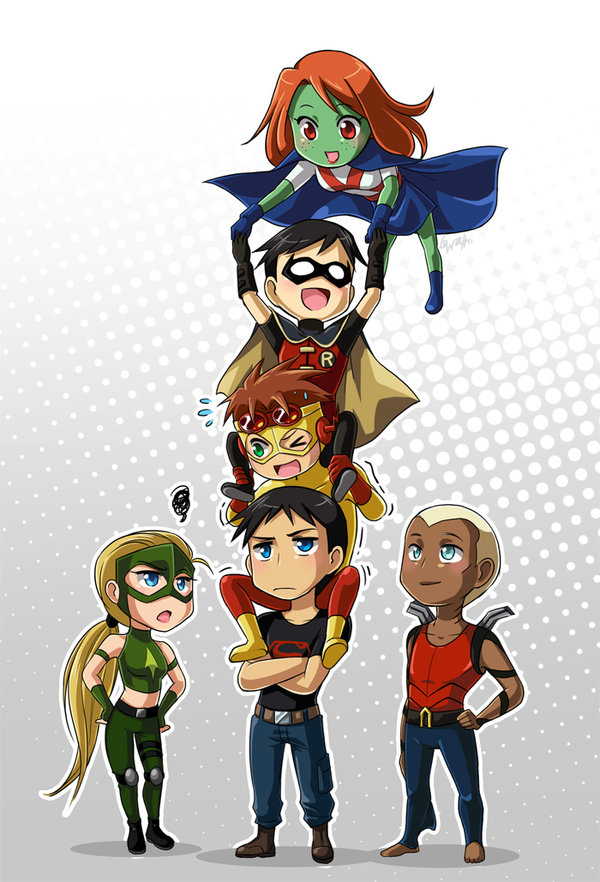 This image is not representative of the animation on the show, but I liked it so here it is.

The voice cast for this show is pretty rocking.  Khary Payton (Aqualad) is recognizable from his work as Cyborg on Teen Titans.  Miss Martian is voiced by Danica McKellar.  If you are under the age of 20 or so, this may mean nothing to you.  If you are a Gen X/Gen Y member like myself, I just have two words for you: Winnie Cooper.  Look it up, youngsters.  Nolan North gives life to Superboy.  Gamers will recognize him as Nathan Drake from the Uncharted series.  Even former teen pop star Jesse McCartney is good as Robin (the character is annoying, but that’s not the actor’s fault–it’s the writers).  I’ve been very pleased with the voice acting in the show.

Taking a look at the characters involved, half of them are great and half of them are annoying.  On the good side: Aqualad (who is light years better than Aquaman, not that it’s saying much), Superboy (I love his dark attitude, much cooler character than Superman), and Miss Martian (the adaptation to Earth culture makes for very unique humor that is fun).  Robin is annoying and his ‘clever’ wordplay is stupid (plus, the whole ‘whelm’ joke in the first two episodes did nothing but make me want to turn off the show and watch 10 Things I Hate About You).  Kid Flash is your typical cocky/horny fifteen year old.  Artemis is just a cocky girl version of Kid Flash.  I was extremely happy that Aqualad became the leader instead of Robin.

After a few episodes, I was concerned that each of them were kind of random.  As I got deeper into the series, I realized that all of them were connected and building to a larger storyline.  This made me happy and I began to enjoy looking for the links.  Some of the storylines are fantastic.  The relationship between Superman and Superboy, for example, makes me actually care about Superman (who has always been a flat character in my opinion).  Episode Four was particularly fun, as I thought the show did a great job using Bane (always a sore spot for Batman fans, considering the complexity of the character).  He may have been defeated by the kids, but watching his mind-games and seeing how the writers handled his intelligence (such as his ability to block Miss Martian’s mind reading by filling his head with old futbol scores) was pretty enjoyable. 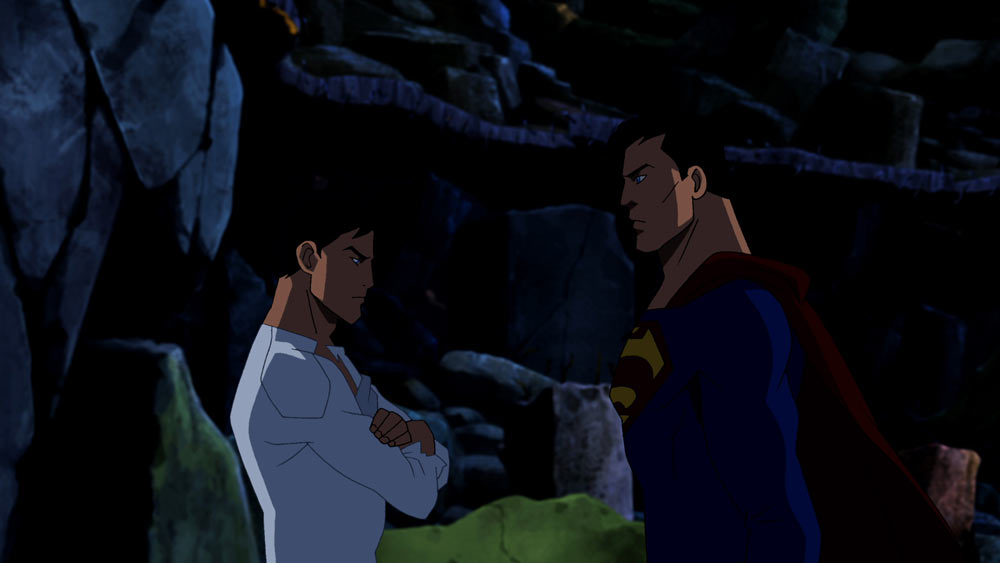 The introduction of Artemis added another level of intrigue to the show that was wonderful.  Between her and Red Arrow, it’s nice to have the extra internal conflict that isn’t just stereotypical in-team bickering that these shows tend to use.  Six episodes in and I am definitely hooked on this show.  I am glad I didn’t give up after my annoyance with the first episode.  When the show started with the bad run of sidekick angst and gags (wherein I said, “Hey! I already stole all those tropes for Supercity in Toonopolis: Gemini.”), I almost lost faith that the show was going to be serious enough to be solid.  I’m looking forward to finishing getting caught up on Young Justice, seeing how the multiple layers of intrigue and character development plays out, and finding the identity of The Light who seems to be pulling everyone’s strings.

Overall, I’ll give Young Justice 4/5 Giant Cartoon Mallets.  If they axed Robin, I might up it to 5.  That kid just irks me every time he’s on screen.