More and more frequently, I am realizing that dealing with my six year old son is like dealing with an evil genie.  Either that, or his level of sarcastic smartassery has already made it to my level.  I am not entirely sure which one is scarier.

An example–Parental Rule: “No feet on the new couch.”

His response: I walk into the living room and find him upside down, cushions thrown on the floor, his feet firmly in the air and not touching any portion of the couch.  It’s like he is channeling Lucas from Empire Records.  “You left the couch?”  “Not the whole couch.” 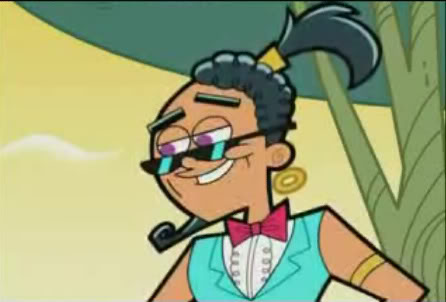 This is where my concern that he is an evil genie comes into play.  Or maybe, he is a jackass genie (TV Tropes – Jackass Genie).  He purposely looks for the loophole in any rule, guideline, or instruction so that he can’t be held accountable for rule-breaking while still getting what he wants out of the deal.

Second example–after he removes all of the spare hangers from my closet: “You better get all of those hangers off the floor or you’re in big trouble.”

His response: I leave him alone in the closet, hearing the pleasant sounds of hangers being placed onto the rails, assuming that he is doing as he was instructed.  When I investigated after a few minutes?  He had built an elaborate hanger sculpture with the numerous hangers all linked together in such a convoluted way that I couldn’t even figure out how it remained suspended.  Granted, none of the hangers were on the floor, so could I really scold him for not following instructions?

I have learned that I have to give him very specific instructions now.  Either that, or I need to start rethinking my stance against corporal punishment, because if my son turns out to be anywhere near the sarcastic jerk that I am capable of being, I may be justified in knocking it out of him. (That’s a joke, people.)  Considering my son’s current career goals include video game design, writing, and movie production, maybe I should just let it ride.  Thoughts?