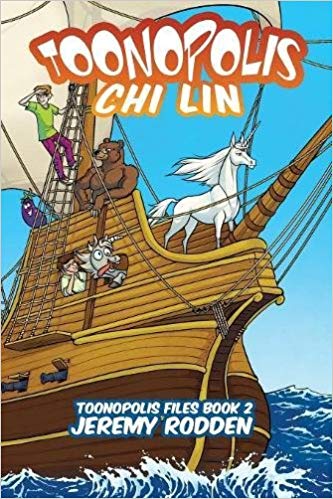 Toonopolis is a cartoon city that is home to the thoughts and ideas of all sentient beings in the universe. As the center of the Tooniverse, it acts as an other-worldly rest stop for these creations.Chi Lin was the last unicorn on Earth before he sought a safe haven for himself and his maiden, Saucha—a thirteenth century Indian girl. Little did he realize that even though they were safe from death in the cartoon universe, they were not safe from the machinations of Agent Mimic on Earth.Gemini—having barely escaped with his mind intact during his first adventure in Toonopolis—returns to the Tooniverse with Jimbob the Talking Eggplant on a quest to find Chi Lin before Mimic can manipulate the unicorn into doing his bidding. Join Gemini on an all new adventure into both familiar and brand-new realms of Toonopolis where he makes more friends, visits old ones, and is reminded that things are not always what they seem to be in this strange and ever-changing world. 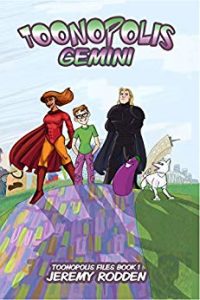